Why Can’t I Sleep? – Usual Reasons for Sleep Problems

The way we are able to feel so darn tired during the day but fresh as a daisy the moment we finally get to lay our heads on the pillow is in all likelihood the world’s biggest paradox. Well, a theoretical physicist or two might beg to differ, but that’s how it feels when you […]

The way we are able to feel so darn tired during the day but fresh as a daisy the moment we finally get to lay our heads on the pillow is in all likelihood the world’s biggest paradox. Well, a theoretical physicist or two might beg to differ, but that’s how it feels when you experience it, doesn’t it?

Our series of sleep-related articles continues this time covering an abundance of different causes for sleep problems. Stay tuned and you just might find the roots of your headaches in hitting the sack.

As the dominant species on the planet, us humans are naturally superior in many ways. Unfortunately this also applies to some skills and habits that are harmful even to ourselves.

To keep our bodily functions tuned to the Earth’s rotation we have a built-in mechanism called circadian rhythm. When it comes to sleep, this system operates in cooperation with the production of the natural sleep hormone melatonin. Check out more on these functions in our earlier article.

What this has to do with our decadent ways, is that most self-induced sleep problems are a direct consequence of tampering with these natural mechanisms.

Delaying your departure to slumberland

One of the most typical adverse habits we have when it comes to disturbing our own going to sleep is (surprise, surprise) not going to sleep. Or to do it so late, the optimal window for falling asleep has passed. The habit of consciously and deliberately delaying sleep is in fact unique to humans. 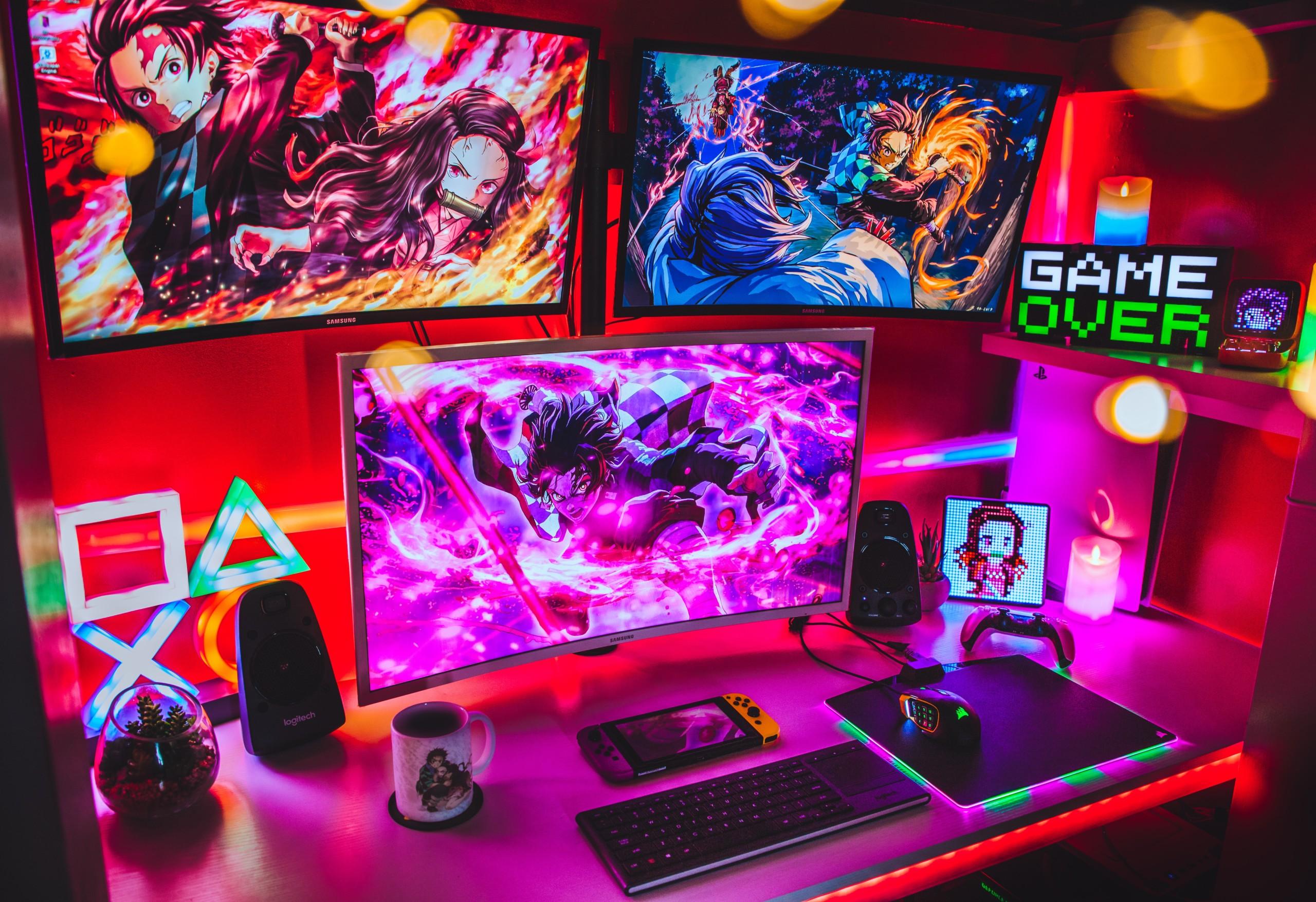 As to why we do this, there are a myriad of reasons. To some it might be the only way of enjoying even a small break of free time between a tight scheduled day and waking up to another. Meanwhile others might have crammed their calendar so full sleeping time gets pushed back even without procrastination.

Cutting a few corners, missing your mark on feeling naturally tired and sleepy is quite frankly the same as flying over timezones and trying to go to sleep according to the destination time zone. Systematically delaying one’s natural sleep time can lead into

While laptops, smartphones and tablets have made our lives more efficient, easy and fun in many ways, they have also put us in a plight of having to be constantly reachable and on alert. All too often the easiness of it leads to handling work-related stuff late at night or while already in bed. So what, as long as you sleep, some might state. 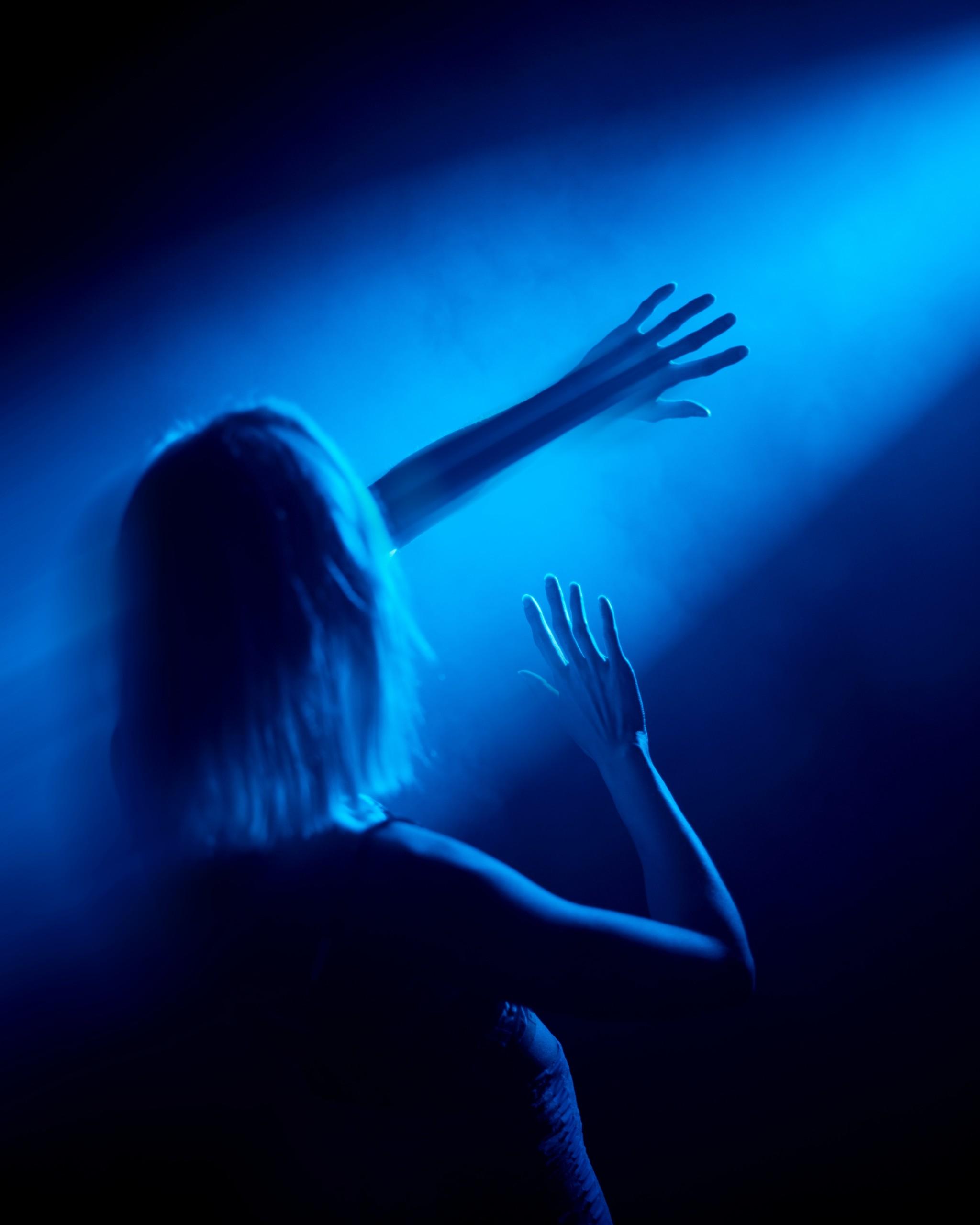 There are two clear problems. First of all, playing games or watching a tv-series, not to mention typing stressed-out responses to work emails are prone to keep us in an active state when instead we should be winding down. The other problem is that most electronic screen devices emit light’s blue wavelength killing melatonin. Even though there are applications and eyeglass lenses that filter out the blues of our sleepy time, they are still features that have to be remembered to utilize.

The beverage this headline brought to your mind first could with a fairly decent propability have something to do with your trouble of getting asleep. Taunting aside, both coffee and beer have their own tendency of brewing up sleep problems.

Well, to be fair, you are way more likely to fall asleep after indulging yourself too much in the latter than the former. Alcohol has in fact the tendency to disrupt the quality of sleep more than the getting of it. Coffee on the other hand works as a stimulant. The way this works is that the caffeine in coffee blocks adenosine which is a natural chemical our brain produces to create so called sleep pressure.

To end with a lighter note and as we are dissecting sleep problems, there is still a beverage-related matter to attend to. As diurants both of the aforementioned beverages can in some cases either cause your sleep to be interrupted in an inconvenient or a really inconvenient manner. Here’s hoping that your roommate doesn’t know what’s possible to achieve by pouring water next to your ear.

Some people downright require a daytime nap. For others it’s an occasional way of patching up a short night’s sleep. Then there are those who usually don’t meddle with such an activity and probably even shouldn’t. 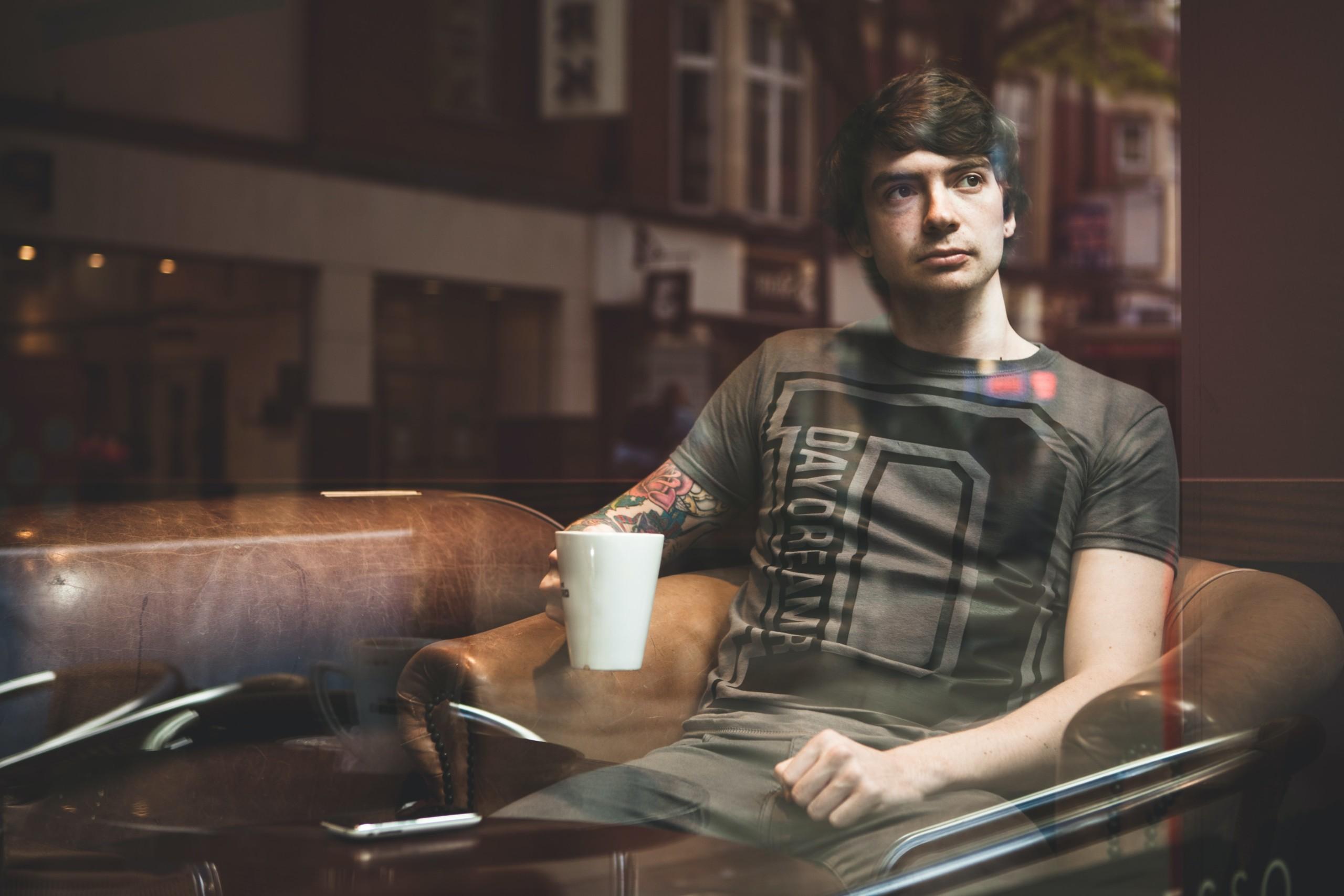 Benefiting or suffering from napping mostly depends on natural inclinations. Some people require more sleep than others. On the other hand it is somewhat a matter of getting used to. What is most interesting, however, is that napping also seems to be a matter of skill.

Studies have shown that an optimal length for a nap is somewhere around 20-30 minutes. This is because after that we tend to start falling into deep sleep. Overdo this and you’re way more likely in trouble at night when you’re trying to fetch the more solid stretch of Zzz’s. Supposedly this gets even more difficult the closer to your actual sleeping time you end up napping. It is also recommended to take naps regularly at the same time.

We all experience sleep problems at some point in our lives and this can happen even if we live our lives seemingly the same way as before. Sometimes the cause is an underlying factor that could be dealt with by fixing something in our lifestyle.

In the gray area between self-induced and involuntary causes of sleep problems is stress. As we mentioned in the beginning, we are skilled in causing ourselves harm. Accumulating responsibilities is a treacherous way and easily leads to sleep problems. On the other hand human life in its complexity is more than capable of throwing curveballs even if we’d handle everything the best way we can. More on stress as a sleep-hinderer from the previous post.

Too anxious or depressed to sleep?

As anxiety can be a natural reaction to stress, sleep problems caused by anxiousness can indirectly be a consequence of over encumbering oneself and ignoring the remedies. There’s a difference, though, between feeling anxious every now and then, because of for example a busy work schedule or a tough batch in a relationship, and suffering from an anxiety disorder. The latter is a mental problem and can occur without self-inflicted factors.

Another mental disorder prone to have a tight relationship with sleep problems is depression.
With anxiety the sleep preventing cause is most commonly the way the racing thoughts and feelings keep one in an alert state. Depression typically has a more complex relation to sleep problems having to do with, for example, inflammation, changes in brain chemicals, genetic factors etc. However, both problems link tightly with insomnia.

Sleep disorders with causes other than the ones mentioned before are for example sleep apnea, restless legs syndrome and delayed sleep phase syndrome. The first causes breathing to repeatedly stop or become very shallow before starting again. Restless legs syndrome causes one’s legs to feel uncomfortable.

Delayed sleep phase syndrome (DSPS) is a type of circadian rhythm sleep disorder that prevents one from falling asleep at a ‘normal’ bedtime. Instead the sleep is delayed at least two hours even if one is tired. What is important to acknowledge, is that the condition is not the same as choosing to stay up late.

All of these conditions have a tendency to enable the kind of frustrating scenario we mentioned in the beginning. Delayed and reduced night time sleep causes one to feel sleepy during the day but again at night falling asleep is challenged to extremes.

One of the most common causes for sleep problems in modern society is the so called city noise. Depending on the location of one’s apartment, the city soundscape can consist of anything from an almost unnoticeable background hum to disturbing noises that occur at random or irritatingly constantly. 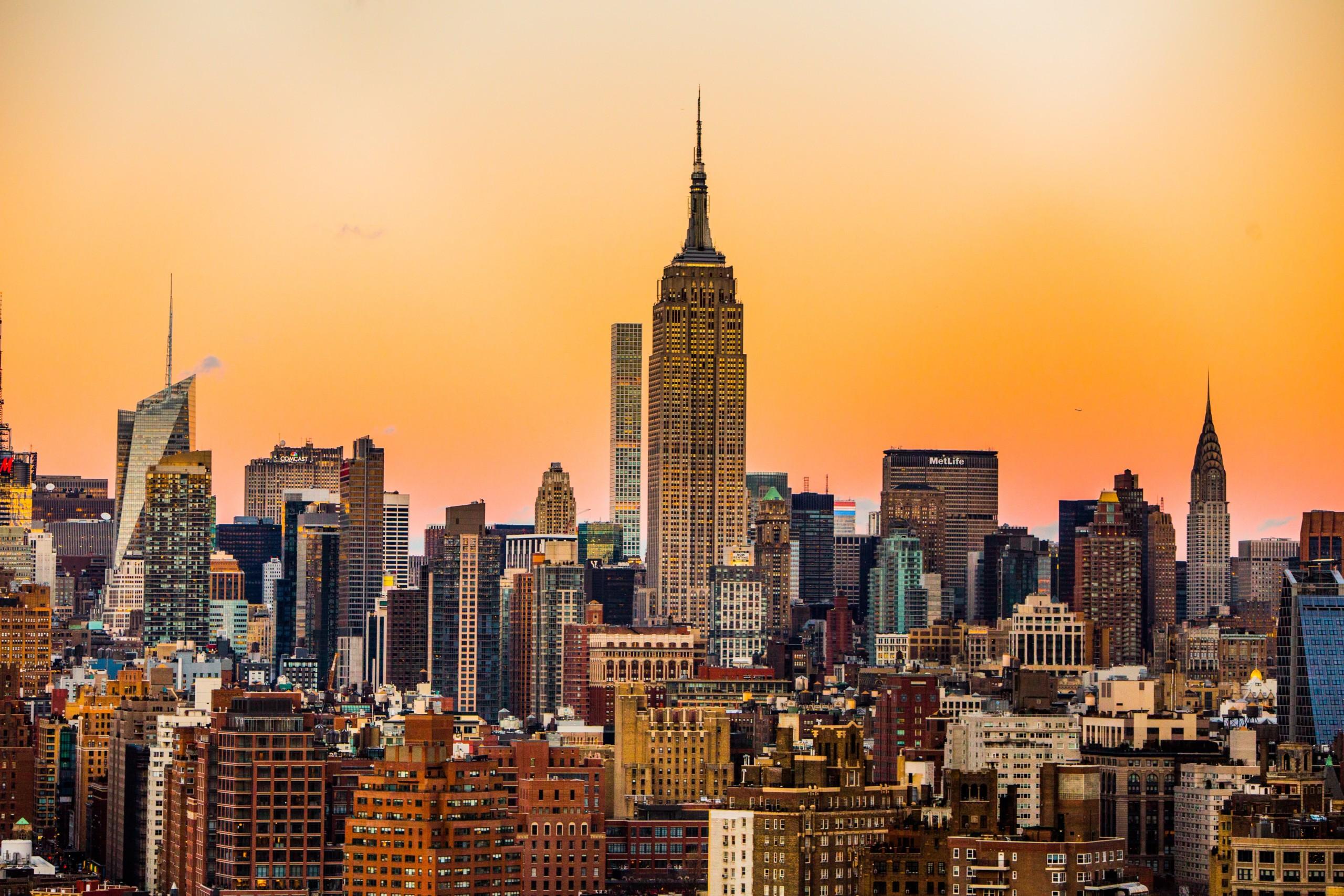 To many, the urban commotion is part of the appeal of living in a city. They might not even pay attention to the kind of noise that is possible to leave in the background. The louder noises that are able to catch their attention are dismissed with a shrug in the style of “comes with the territory”.

The problem is that city noise in fact makes people sick. Noise pollution, whether you pay attention to it or not, is still pollution and as an unnatural source of disturbance it is prone to cause problems. In fact, studies have shown that city noise has actual adverse health effects.

If you live in an urban environment, your life probably sustains average background noise levels of 60 decibels. This is enough to cause a raised blood pressure and heart rate, elevated stress levels, and similarly to aforementioned causes of alertness, sleep loss.

If you live in a city you are concistently exposed to noise above 85 decibels. Over time, noise disturbance of this volume is enough to cause hearing loss. One of the most extreme examples of relatively usual city noise is the wail of emergency vehicle sirens. They blaze at a staggering sound-pressure level of 120 decibels. This is a level corresponding to the human pain threshold.

Check out more on urban noise disturbance and its effects on sleep and health in our previous articles on neighbourhood and night noise. To find possible remedies, check out our earlier article on finding peace in a noisy environment. If you are tired of the constant tide of noise pollution you are sure to benefit from utilizing an aid that specializes in fighting back exactly that. The QuietOn Active Noise Cancelling earbuds are especially effective in raking out the low-frequency hum and trumble of city noise.

Sometimes it might feel like one should get out of town to peace and calm. We have nothing against that either, and even recommend it, but wouldn’t it be pleasant being able to bring peace and calm to you in the meantime?

Have a Good Rest

Working Night Shift and How it Affects Sleep