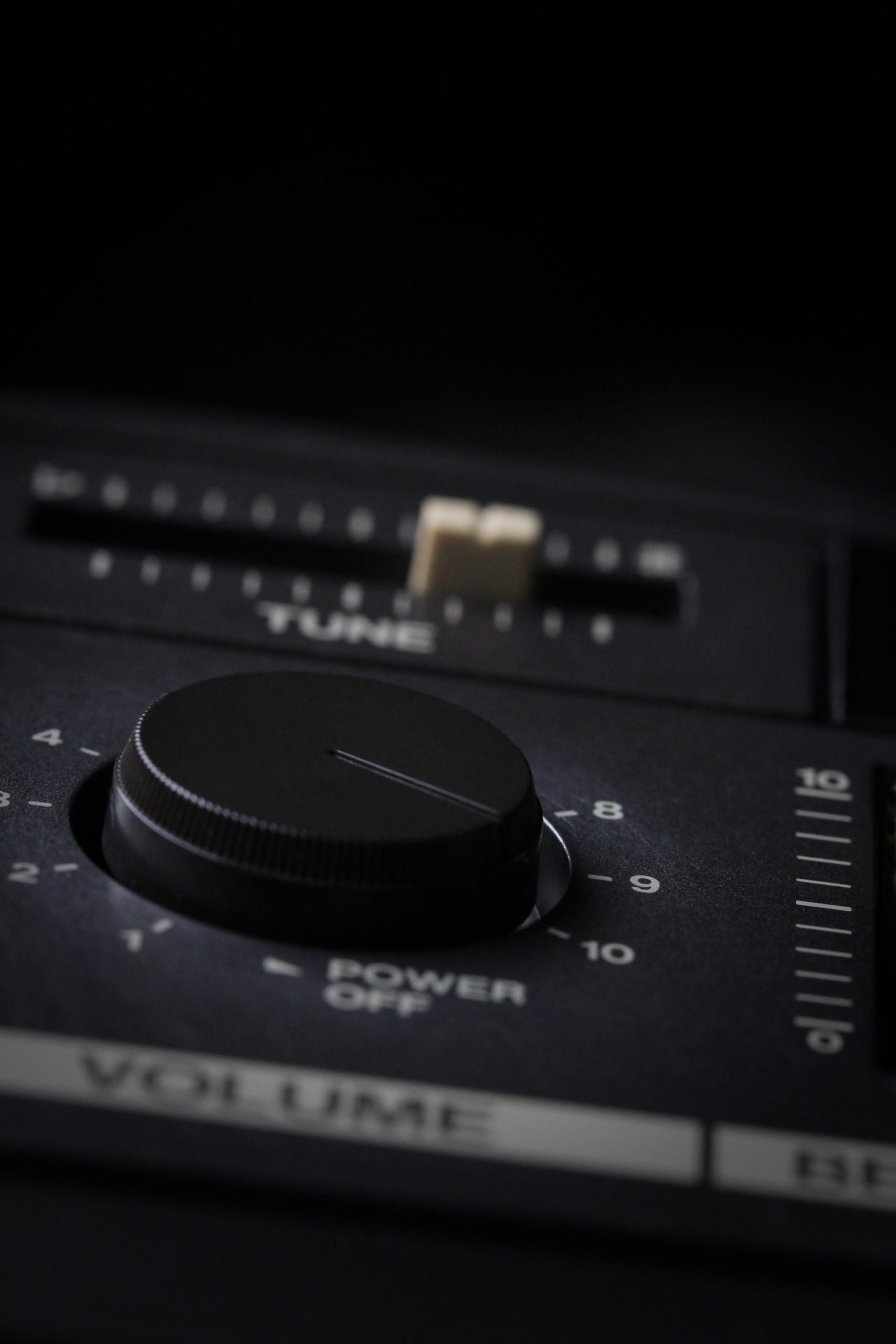 Our series of sleep-related articles continues with the subject of noise that we experience during sleep. Everyone knows a noisy environment is not preferable for sleeping but it’s less known how much more night noise is than just an inconvenience. Studies not only show night noise having a negative impact on sleep but there is a correlation between the noise and overall health as well.

Getting your sleep interrupted systematically during the night, not to mention many nights in a row, is not pleasant. Just ask any parent with a newborn. Still, for many people occasional sleep-disturbing noises (such as a honk of a car horn) are merely a bother. Even a person living close to a track of a regularly operating city train might dismiss the trumbling as something ‘one gets used to’.

Most people probably wouldn’t share the sentiment as a large number of people actually do find a noisy sleeping environment as something more than just a bummer. In the WHO European Region, environmental noise has historically been the leading environmental nuisance triggering the most public complaints in many Member States.

What is important to realize, is that in addition to not being nice, night noise is believed to have a severe negative impact on the overall human well-being. What makes this even more disturbing is that you don’t necessarily have to wake up to the noises that are at the same time putting your health under strain.

Us humans have many attributes (such as dexterity and big brains) that have enabled us to adapt and overcome to the extent of becoming the dominant species on the planet. No matter how adaptive or dominant we might be there still isn’t going around the fact that even we are at the mercy of evolution.

Well, to be completely honest humankind has in fact managed to speed up its own evolution, but only to a limited degree. Mostly the ways our biology plays together with its surroundings take humongous amounts of time to change crucially.

Studies for example suggest that after inhabiting the northern hemisphere for over ten thousand years, native northeners still aren’t acclimated to the amount of light. Or to be more precise, the lack of it. Even if the northern summer nights are fascinatingly light, the rest of the year, i.e. the polar night, is so dark it puts actual strain on people’s health.

Reflecting on this, is there really hoping that the modern human would already be conditioned to the wall of sound that is mostly caused by inventions less than a century old? The booming of planes, trains and automobiles, notifications from different gadgets and appliances as well as the overall buzz of people following different schedules and sleep patterns while living in tightly packed urban housing. No chance!

Night noise had in fact been recognized as such a bugbear already back in the late 90’s, a working group was set by WHO to compile guidelines to help manage it. These guidelines were issued in 1999 and extended in 2009.

First of all, in examining the relation between night noise and its potential negative health effects, it’s good to remember that observing the relation directly is actually really difficult, if not impossible. However, there is more than plenty of causal evidence that all but proves the point.

As we have gone through before, sleep is of paramount importance to us both physically and mentally. Disturbed sleep in turn is associated with a number of health problems. Therefore noise pollution leading to a health effect is not only plausible but a bit of a no-brainer. For example studies of sleep disturbance in shift workers clearly show the adverse effects. Check out our article on the effects of shift work on sleep as well as the remedies.

Secondly and even more importantly, it’s valuable to realize that a good night’s sleep isn’t something that should be earned somehow. It should be a baseline of everyone’s wellness and guaranteed to everyone as best as possible. To better understand the significance of good quality sleep and the severity of lacking it, it’s necessary to understand what is healthy. WHO defines health as:

a state of complete physical, mental and social well-being and not merely the

absence of disease or infirmity, and recognizes the enjoyment of the highest

attainable standard of health as one of the fundamental rights of every human being.

Anything and everything impairing your sleep quality and/or waking you up in the middle of sleep is therefore unhealthy. But what are these intermediate effects of night noise on health and how severe are they exactly?

As pointed out earlier, it is easier to understand the negative effects of getting woken up at night. Have you ever thought of the background noise of for example traffic having a harmful effect on your sleep and health even if it doesn’t wake you up?

Based on the WHO Night Noise Guidelines (with a 21 dB window insulation value) a volume of 40 dB is already enough to disturb the lightest sleepers and for 20 % of the population the excess of 50 dB causes additional tossing and turning. Again some might say: ‘if you don’t wake up, so what?’

At this point it’s useful to remember the role of sleep as a restorative period of our natural circadian rhythm, and it’s structure as a set of different phases that should be let occur in peace. The problem with even the low volume noise disturbance is that it causes an increase in heart rate, body movements, arousals as well as, nota bene, sleep stage changes. Besides, studies have shown that in cases of sleep getting disturbed by noise, awakening reactions are relatively rare and are the result of much higher volumes than the physiological reactions.

When the noise disturbance climbs to the levels of actually preventing sleep it’s of course no less signifant. It’s actually worth pointing out that while noise-induced sleep disturbance is considered a health problem in itself (environmental insomnia), it also leads to further consequences concerning health and well-being.

To remind yourself of the effects of sleep deprivation, look no further than our earlier article touching on the subject. If this is not enough, you might enjoy the nugget of information that there is limited evidence on night noise level of 50 dB also being the threshold of an increased risk of a heart attack as well as an overall decrease in life expectancy.

Neither should the (limited) evidence concerning night noise-induced depression and other mental problems be disregarded. Even though anyone agreeing to a night noise disturbance of 60 dB for long enough to receive a psychic disorder is undoubtedly rare.

What to do with night noise?

Some people might consider themselves terrible sleepers while all along the actual reason is outside the window. Of course some people are light sleepers by birth or by some later developed medical condition. Difficulties falling asleep or experiencing a croggy sleepless feeling even after a normal sleep time can also be results of many other sleep-disturbing factors. Some of these, such as stress, overexercise and procrastination we’ve gone through in detail in our earlier articles.

Even though modern people are extremely talented at putting their own well-being at stake, both collectively and individually, not everything can be controlled by oneself. Everyone who’s sleep is disturbed by night noise can’t be expected to pack up their belongings and move to the wilderness. Especially since the number of these people is as high as it is (for example in the Netherlands 27 % of population already in 2003). Changes on a bigger scale are dependent on legislation and other steps taken by industry, government and nongovernmental organizations.

However, there is a lot one can do on one’s own in the meantime. In addition to taking the neighbours into account, and this way chipping in the communal volume, there are ways to help oneself. To find tips for coping with noisy sleeping conditions take a moment to get familiar with our listing. To raise one example, a great way to better one’s preconditions for good quality sleep is to give a chance to noise cancelling technology such as the QuietOn 3 Active Noise Cancelling earbuds. As they are extremely effective in blocking out low frequency hum and rumble, they are a great aid against such nuisance as the noise pollution of an urban cityscape. This way they are also a compact but all the more valuable way to promote more calm and disturbance-free sleeping conditions as well as better overall wellness.