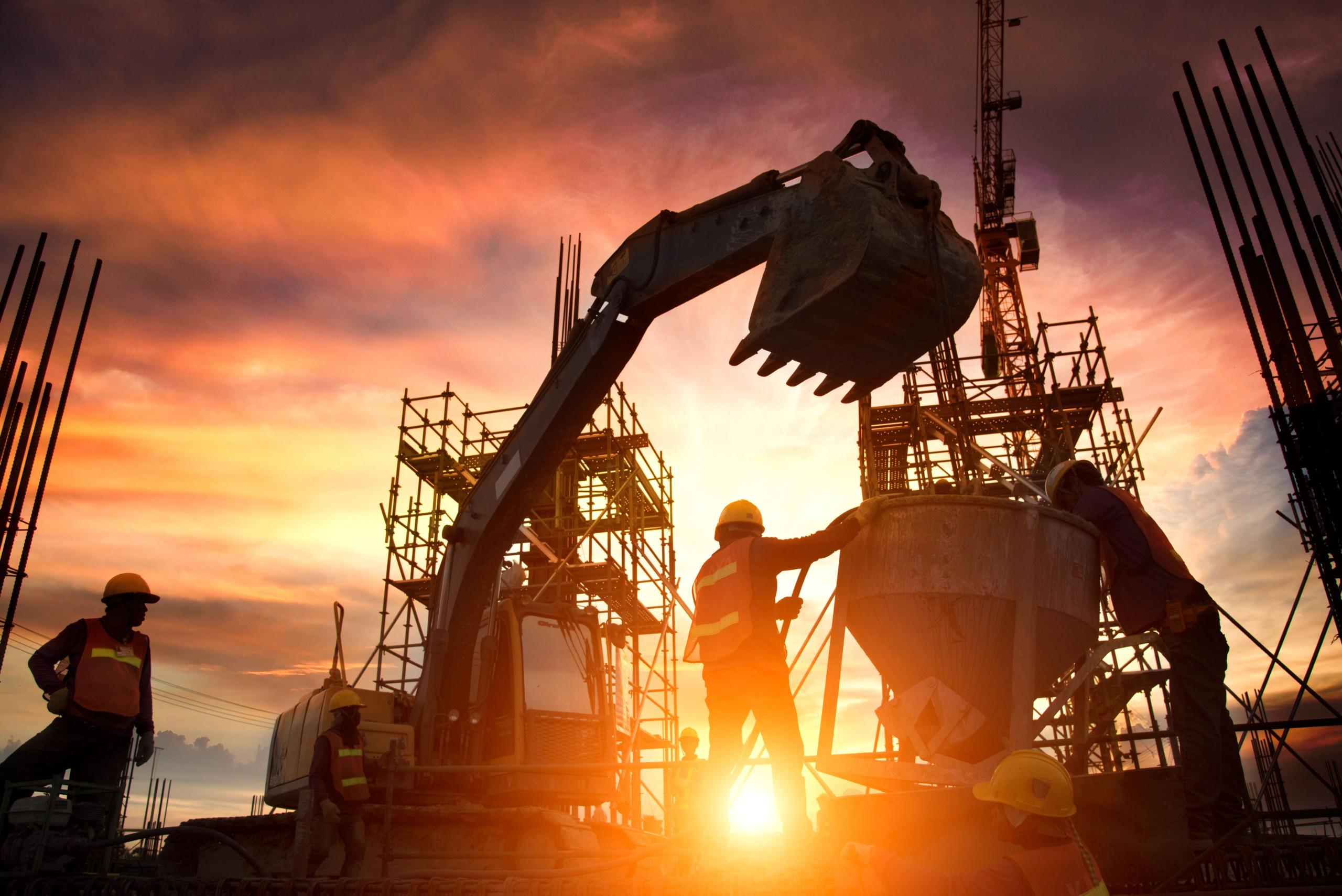 As we discussed in our previous article, people living close together can set its challenges for a good night’s sleep. Unfortunately, the same goes with the daytime peace and calm as well. In fact, the soundscape surrounding urban people’s living quarters, a.k.a. neighbourhood noise is one of the more easily forgotten but even more significant stressors in our lives.

Modern urban people juggle with a humongous amount of different sensory stimuli. Often it isn’t even directed at us but manages to put a strain on us all the same. Possibly the best example is the excessive noise pollution that inevitably comes with the territory of a big and complex urban living structure.

In this article we’ll investigate neighbourhood noise, how it affects us, and what can be done to cope with it. 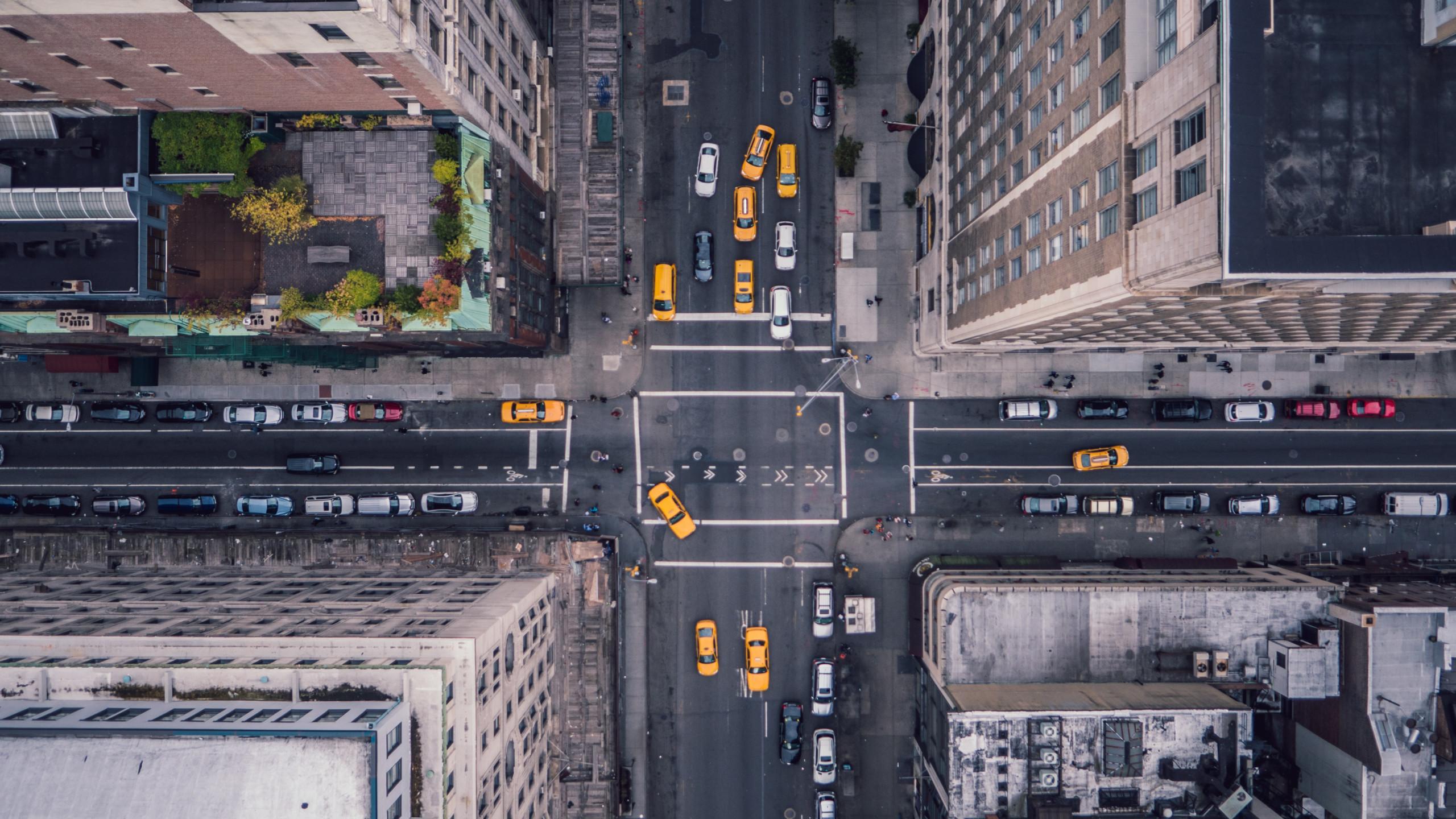 Is it any wonder that every now and then you can hear someone say, “I wish I could have lived in another century” or “times were simpler back in the day”? The spirit behind these utterances stems from the fact that we know we are bombarded with more than we are meant to. A big part of this being excessive noise.

But people have lived in civilized communities for ten thousand years and in tight packs even before that. Surely, they had to experience noise disturbance from each other already back then. How is it any different?

To many, human life centuries or millennia ago recalls a more agricultural way of life and being more in touch with nature. With this it’s easy to forget that even today, living in rural or natural areas, and enjoying greater quietude, is still possible. Urbanization has of course shifted the focus of life to the cities but even still to compare the urban lifestyle and its noisiness to past times, we need to compare them to the city living of the past.

As such there is no doubt the surrounding noises have every once and a while become disturbing even in the homes of the early human civilization. Especially when practically, everything was done manually in a tightly packed community, in and around dwellings that most likely left much to be desired in regards of insulation.

Times they are a-changing

Neighbourhood noise probably got even worse throughout the pre-industrial advancement. This is just one example of the extreme hardship of life that the longing for bygone times often doesn’t take into consideration. By the way, still think you should be annoyed by your upstairs neighbour’s heavy footsteps, or in fact be thankful that you are not living in the 17th century next door to a blacksmith? 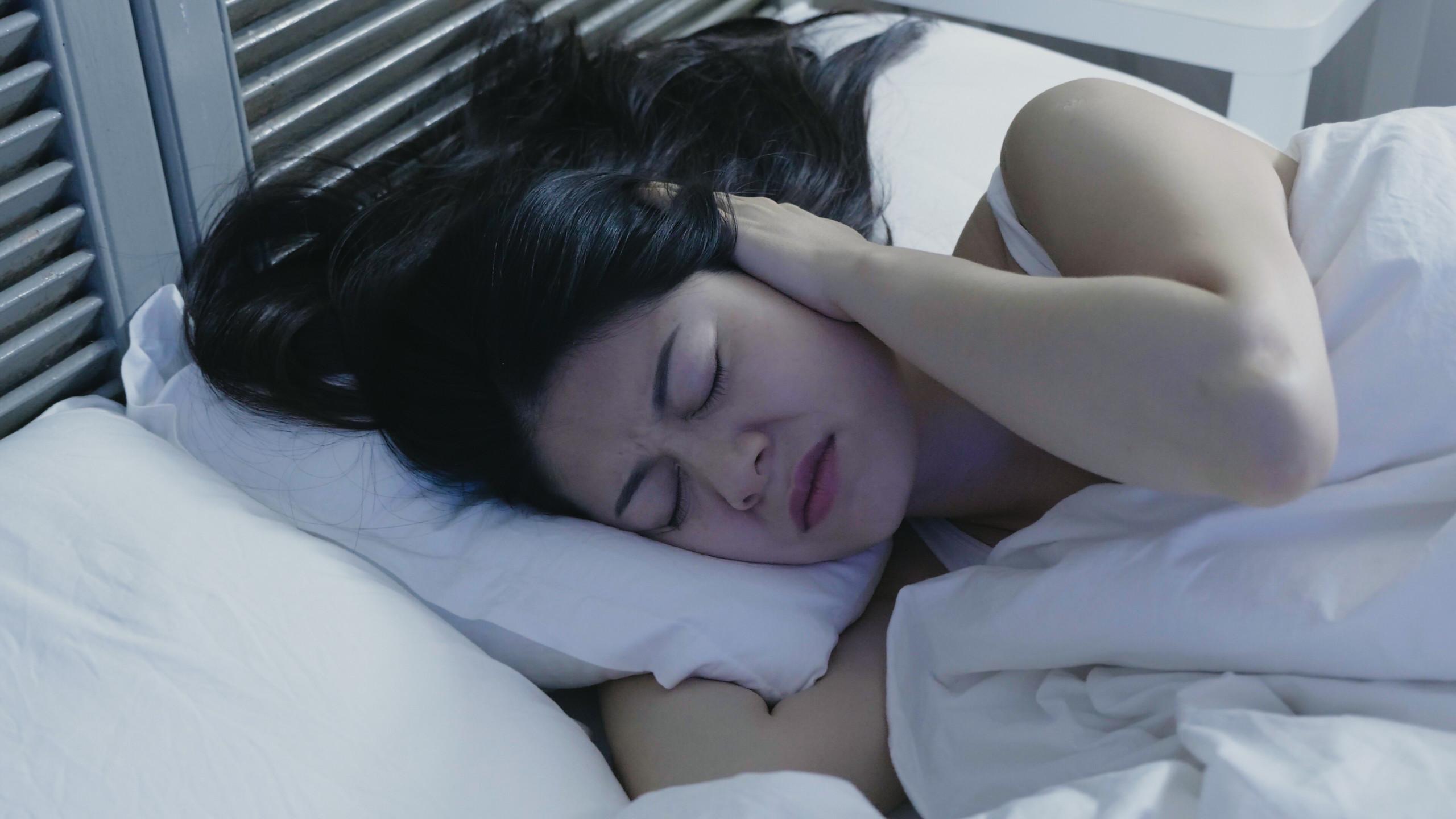 Kidding aside, industrialization probably eased the noise situation in city districts as it pushed manufacturing outside the cities and closer to harbors and other logistical junctures. However, industrialization can hardly be considered as any kind of long-term savior when it comes to the overall amount of noise pollution in an urban environment.

In fact, it’s more like the pivotal moment in history during which humankind permanently lost something. It almost seems like ever since then we’ve been looking for ways to connect with nature and ourselves again.

This can be seen for example in the different phenomena related to bettering one’s mental and spiritual well-being that have been in vogue at any given time. Something being so noisy that one can’t even hear one’s own thoughts is an apt saying and applies to today’s urban lifestyle all too well and all too often.

As we’ve established, neighbourhood noise has been an inevitability for as long as there has been neighbourhoods. People have come and gone, children played and cried, dogs barked and transportation trundled away. What has changed and more essentially, why has noise become a problem? There are a couple of fundamental differences between the neighbourhood noise during pre-industrial times and now: timing, continuity and quality.

Before the technical advancements and socioeconomic changes that industrialization brought to the world, work concentrated on daytime hours. This meant that even a big city quieted down considerably for the night. Reflecting this on the subject of our last article one can deduce that at least on this aspect life back then was less stressful.

As the industrial advancements went ahead and the economy grew, the demands of continuous production led to a wider use of shift work. The repercussions can easily be seen today and, as we discussed recently, the phenomenon hasn’t exactly shown signs of dwindling. Differing work schedules cause situations where a renovation (even while done in the framework of the building’s regulations) can wake up someone who is either sleeping off or for a shift. Likewise, the same person can disturb someone else by banging doors, using an elevator or starting up a car.

The most wearing type of noise when experienced involuntarily is continuous. The source can be for example a nearby construction site, certain infrastructural machinery, a city train or probably most commonly the overall traffic.

As we mentioned in the beginning the soundscape of an urban environment is easily disregarded as a stressor, even with its occasional sudden loud noises. Most people living in a city would probably admit to feeling like they’ve gotten used to them or that they don’t even pay attention to them.

The problem is that whether they do or don’t, their system is put under stress by simply having to filter out all the sound information that is of no importance to their lives. As we went through last time, this in turn can have severe adverse effects on health.

When compared to mankind’s earlier times, today’s urban environment is obviously littered with a much wider range of noises. Some of them are of much higher volume, others more piercing in nature. The key is that they are mostly unnatural to us. The stress effect of this is related to our fight or flight response more thoroughly digested in our article on stress.

Different notifications and alarms are designed to allow us to react more quickly, and this way communicate and operate more efficiently. While this has its benefits it sure has its downsides as well.

The effects of neighbourhood noise

When living close together for example in an apartment building, it’s a given that we cause and experience noises of daily life. The problem with this is that even though many buildings have a set quiet time i.e. night hours, the amount and volume of noise that constitutes normal during the day is a slippery slope. 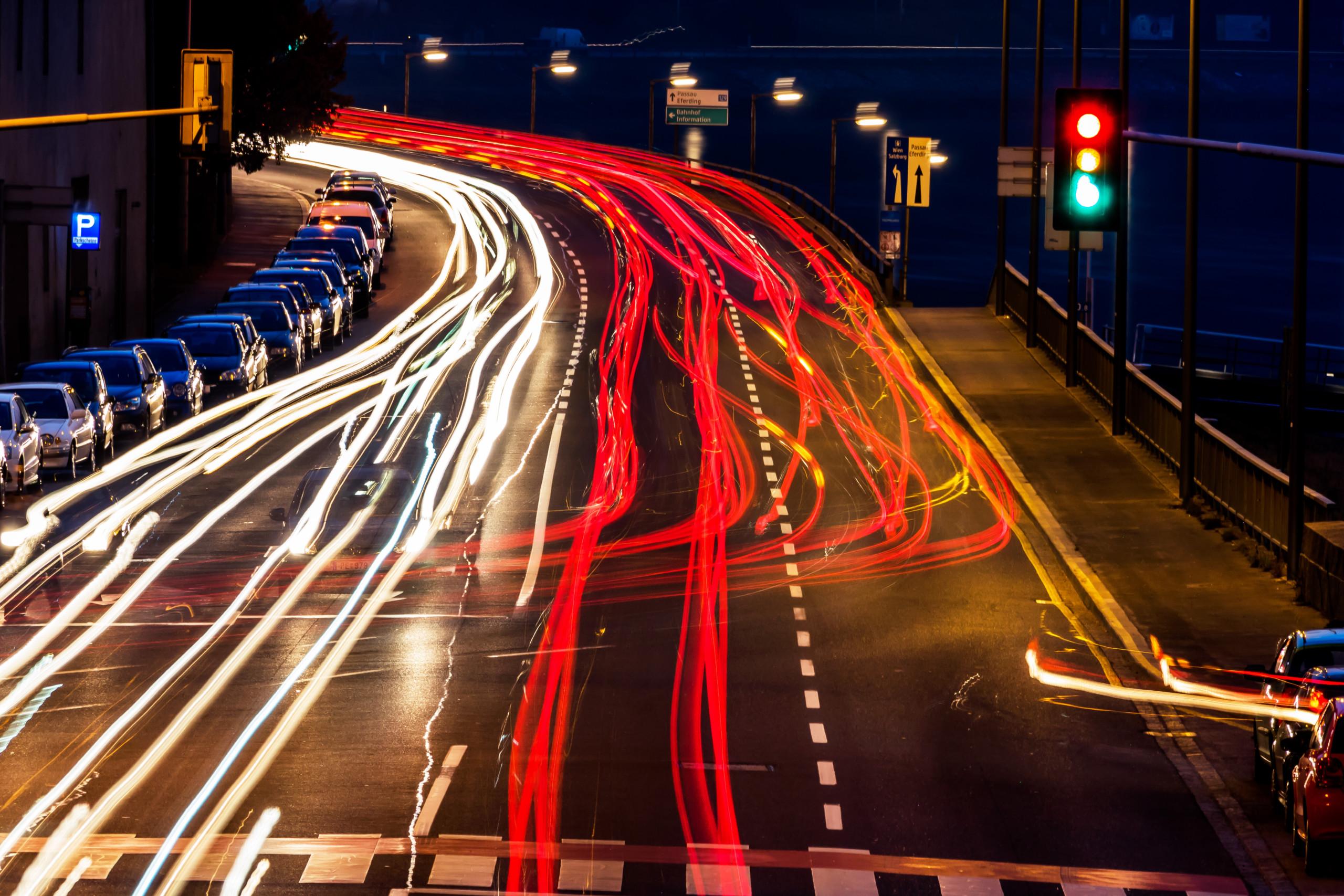 This is one of the ongoing debates in magazine opinion columns and on the internet. People who don’t care as much about noises (especially the ones caused by themselves) are easily irritated by complainants and would happily send them living in the middle of wilderness. Meanwhile those who are more sensitive to surrounding noises and feel like it’s their right to enjoy peace and calm even in a complex, would be even happier to say good riddance for the noisier ones.

It probably doesn’t come as any kind of surprise that the absolute number one cause of neighbour dispute and complaint is noise – in some surveys by almost 50 %. For example in the UK the most typical causes of noise disturbance are loud voices and arguing, slamming of doors and noisy pets.

There are obviously causes for neighbourhood noise that can’t be helped or are a necessity such as a baby crying or a renovation taking place. Most people understand that these kinds of noises come with the choice of living and are usually temporary. This of course doesn’t mean that you aren’t allowed to get bothered by them.

Then again there are noises that we don’t have to put up with. At least when they become constant or occur during night hours. For example, excessive playing of music or continuous sex noises (unless the song is good or the person in question prefers listening to the other stuff).

Restrictions concerning gatherings have obviously lessened the amount of house parties and the disturbance they cause. In return the pandemic has reportedly caused a spike in childbirth. Out of the frying pan and into the fire. Not the children though!

How to cope with neighbourhood noise?

Coping with neighbourhood noise is somewhat a matter of getting used to, or what you are used to in the first place – and this doesn’t mean only an individual life experience. It seems that cultural and geographical background has a lot to do with how well a person is suited for living in shared spaces or in close proximity to others.

It is said that because of the need for better insulation against the long and cold winters, Northern people are more used to quietude and privacy at home. For example, in Finland this is further emphasized by the fairly late urbanization. Finally, we have an explanation as to why so many of our fellow block flat dwellers have such stiff upper lips, right?

If you feel like a friendly conversation could have a chance of easing up your situation for example in the case of a specific neighbour being too loud, you could always try and bring the problem to their attention. Sometimes a neighbour simply doesn’t realize having caused one to begin with. Depending on the reputation and your own observations about the neighbourhood you’ve ended up inhabiting, it’s sometimes smarter to skip to option #2 which is to mediate the problem to the instance that has the authority to end the disturbance for you.

If the nature of the neighbourhood noise disturbance isn’t something you can help directly, better insulation isn’t an option or you have to keep your windows open for example because of heat, there are remedies available. Even if it sounds like a cliche it’s important to think about what is good for you, and that is often the same thing as what is natural to you. Using technical aids might at first thought go against this but when considering for example active noise cancelling, isn’t it practically the same to your ears as breathing clean mountain air is to your lungs or eating healthy food is to your whole system?

Check out more on managing with a noisy environment here and check out how QuietOn Active Noise Cancelling has helped for example Cynthia and Juuso.