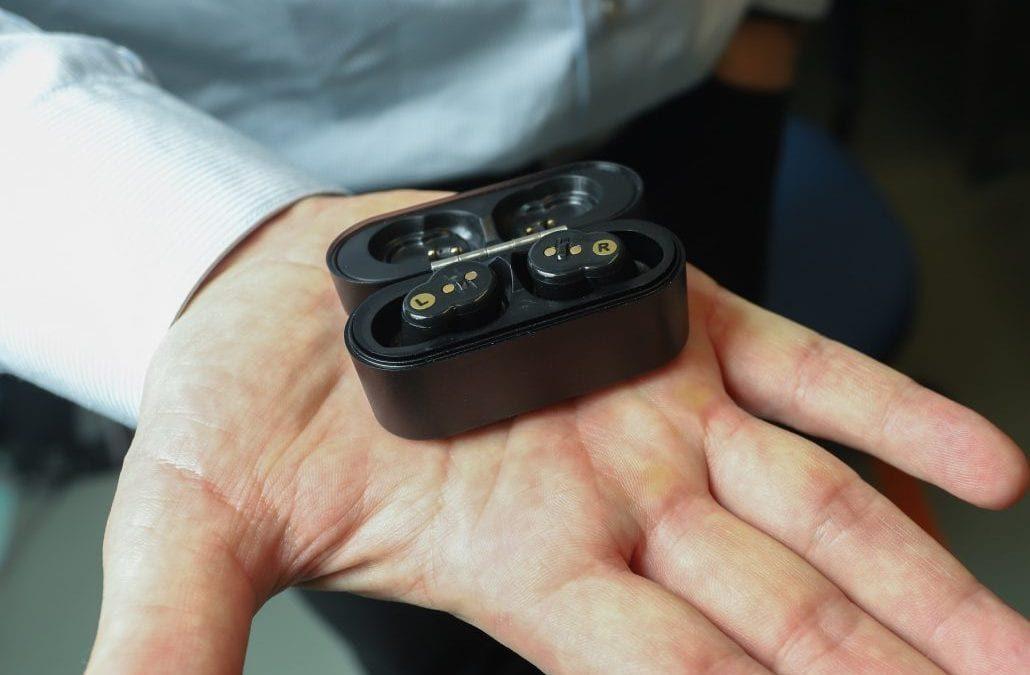 The electronic earplugs of QuietOn remain number one on Singapore Airlines’ inflight sales. It is important to note that Singapore Airlines was selected as the world’s best airline by flight travellers in 2018. QuietOn earplugs have been sold with a revenue of over 4 million in more than 120 countries. The office of QuietOn is located in the Hakamaa industrial area of Kempele, in the same building in which Polar developed its wings.

The most important customer groups are not only air travellers but also industrial workers. Surprisingly, also dentists have found QuietOn and it has been calculated that about every fifth Finnish dentist uses their product.

Peaceful silence came to rescue the founder of QuietOn Janne Kyllönen, when he was visiting China and tested the new silence-providing earplugs in the hustle and bustle of the airport. “The bubble of quietude created by the active noise cancelling earplugs in the middle of all the noises was so pleasant after a hard week of work, that I stayed for a while just to stand there and enjoy the silence.”

The active noise cancelling earplugs attenuate external sounds, especially low frequencies, by sampling the external noises with a microphone and producing a reversing sound waves in the user’s ears. It is not possible to listen to music with QuietOn’s earplugs, so unlike other headphones, earplugs are designed with the focus on silence and rest.

However, the biggest target group benefitting from active noise cancelling technology is the snorers’ spouses.

The delivery of QuietOn Sleep is targeted to begin in January. The new earplugs are designed to tackle the low sound waves of snoring, as well as other noise-distorting sounds. Altogether, this model has been pre-sold for over a million dollars, and sales are growing steadily in QuietOn’s online store as well as through crowdfunding. The earplugs are so small that they do not interfere with sleeping. According to Janne Kyllönen, QuietOn has always adhered to the fact that increasing wellbeing is our core task.

The original article is available in Finnish here: https://sivustot.kaleva.fi/kempele/2018/11/30/quieton-korvatulpat-kempele/