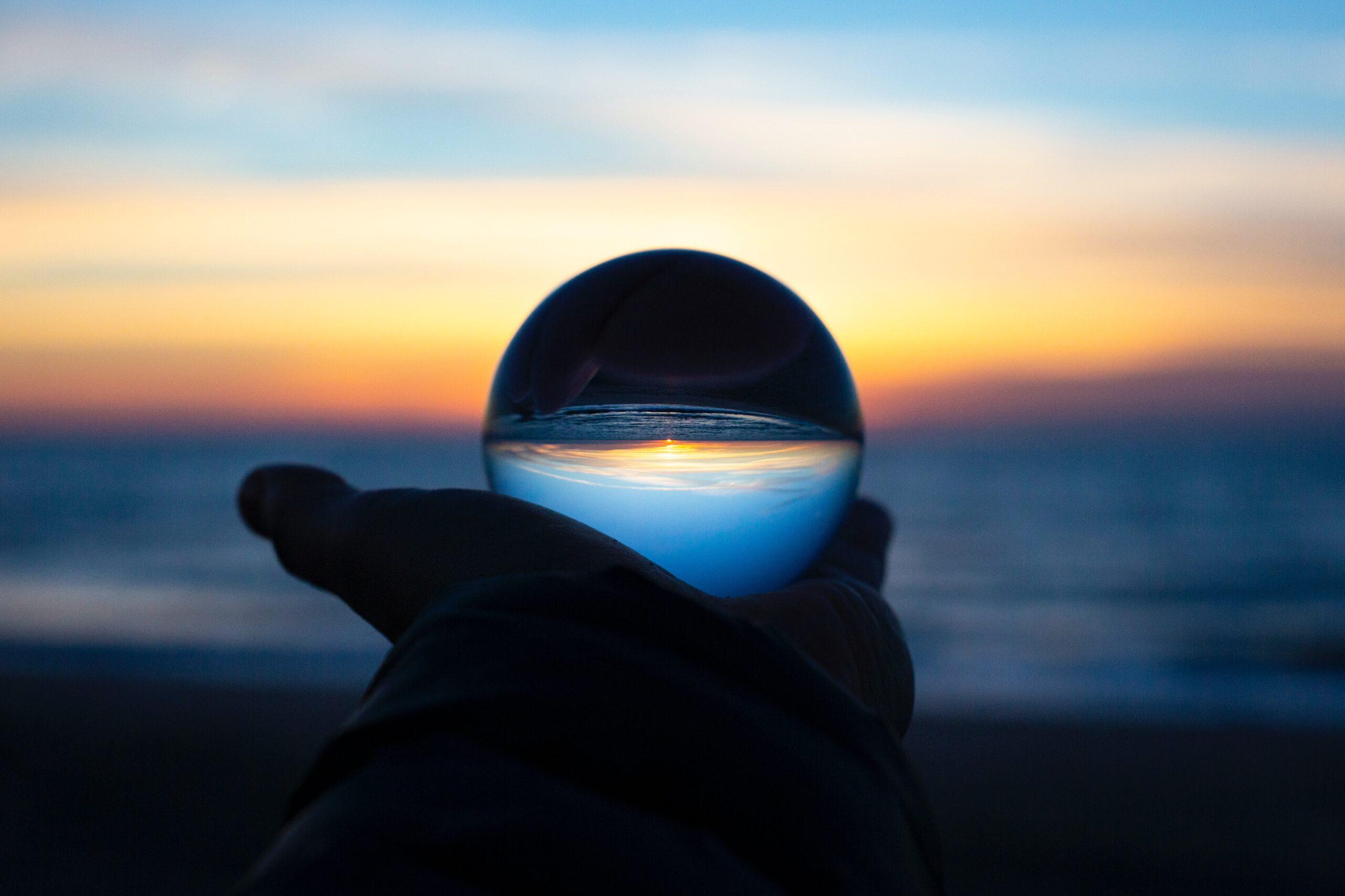 QuietOn is bringing forth new Active Noice-Cancelling earbuds which means that the future of ANC technology is soon yet again here. In this article we’ll be contemplating on the historical (and even pre-historical) grounds for the growing need of ANC, looking into the new product and peeking into the future even beyond the launch of QuietOn 3.

The future of ANC technology has a history

Imagine being on a camping trip with a group of friends. After a long day of roaming the wilderness you probably as much enjoy the ease of falling asleep as truly need some well-earned shuteye. However, after a while you and your buddies are woken up to one of your groupmembers yelling out while having a bad dream. No matter if it takes the effort of wiggling out of the comfort of a warm sleeping bag, one of you will eventually wake the person up from his nightmare so that everyone can go back to sleep.

Now imagine being a member of a stone age tribe and waking up to Brok repeating his ever so delightful prank of banging a mammoth tibia on the cave wall. As always he is swifly put in his place so that during next day’s hunt every spear would find its mark preferably on a game animal and not someone’s back. Why wouldn’t he be?

What this snapshot in our ancestorial life lacks in scientific accuracy it makes up in overcomplicating a simple point: rest is like any other basic need, something we aim to fulfill and protect. You can find more information about sleep in our previous articles here and here.

Why is ANC becoming more common?

And moreover, why it probably should? The answer to this question is also simple: more and more people need help in protecting the aforementioned need.

If one is suffering from the effects of a noisy environment it’s always good to remember it’s only natural to a limited extent. This doesn’t necessarily mean we should always aim to find a quiet corner. We are equipped with intricate mechanisms for coping with noise, one of which is a sort of built-in filtering system. In a situation involving a group of people you probably won’t pay much attention to the murmur surrounding you. However, if you hear someone mention your name, you’ll easily pick it out even if you’re in the middle of a conversation with completely different people. See what we mean?

Another good example of the filtering system is our ability to sleep through many familiar and harmless noises. Even if at first your new girlfriend’s earlier alarm might wake you up as well, you’ll soon notice she’s gone to work without you registering a single sound. Unless she’s unregularly clumsy with her morning routines…

Trickling through the filter

The same filtering system is smart both ways. While it blocks out a lot of useless information from entering our conciousness, it injects the essential in it with fascinating ways and astonishing speed. Ever experienced a certain singular real life sound infusing with your dreams? Let’s say your doorbell rings while you’re sleeping. Your brain can react so fast that to you it seems to have concocted a full story of why that sound takes place. Possibly you are now a dashing bank robber who is dodging bullets while the bank alarm is blazing.

This kind of ‘sensory incorporation in dreams’ almost seems like the brain’s bumber against external disturbances. If the doorbell doesn’t ring a second time you might just stay in your dream. On the other hand you might just as well wake up, especially if your doorbell rarely rings while you’re sleeping. Just goes to show how amazingly active and potent many of our functions stay even during sleep. More on this in one of our pevious articles.

The problem is that even if you don’t recall it in the morning or pay attention to it during the day, especially in an urban environment we can easily be bombarded with way more noise than is natural to our system. And even if the system is able to block the noise out, it doesn’t mean it wouldn’t put a strain on us. On the contrary, just like we have addressed in another previous article, it is one of the biggest stressors we have to cope with. It’s no wonder more and more people are looking into ways to go around it.

The growing need for ANC

What should be taken into account is that, us humans are genetically still pretty much the same creature as tens of thousands of years ago – in many aspects the same as over 100 000 years ago. One can contemplate on how much noise pollution human beings had to endure before the birth of civilisation or even during its early times.

Another important point is that, if we are stripped down to our birthday suits we are just another species of animals and as such evolve the same way as any other: extremely slowly. Even if according to scientists we have with our very own inventions, such as the modern medicine, in fact accelerated our own evolution. However, personal adaptation to noisy environment (or more like the illusion of it) shouldn’t be mixed up with the false notion of human beings being able to evolve enough during a couple of millennia.

Many grain varieties are suspected of causing low-grade inflammation and allergic symptoms because agriculture, even as a 12 000-year old invention, is still new to our metabolism. Just like most diet-related questions, this too is highly debatable, but even so it provides perspective on whether we should make the mistake on believing we have already grown adapated to a soundscape of a modern urban environment.

The Earth’s population is ever-growing which means a growing need for housing, consumables, communication and transportation. In the same time great metropolitan areas grow even bigger which makes them, among other things, all the more noisy. The further we journey from our natural state the more growing becomes the need for remedies. The fight against noise pollution making no exception. This is where QuietOn steps in.

Just like our very own filtering system helps us to cope with sound disturbance, QuietOn’s ANC technology helps that system when the noise pollution gets excessive. The device first samples the noise coming to your ear and then attenuates it with opposing soundwaves, resulting in a calming quietness. No additional masking sound is audible, allowing you to enjoy pleasant and soothing quietude instead.

The effect of QuietOn’s ANC technology excels particularly in the elimination of low-frequency background noise such as traffic, air-conditioning, people chatting, snoring etc.

The new QuietOn 3 earbuds are the world’s smallest ANC devices as well as ergonomically designed so their use will be even more comfortable than before.

If the soundscape surrounding you is relentless enough to make you wish you could have indeed lived in the stone age, why not let the future of ANC technology take you back in time and provide you with the kind of peace and tranquility that is natural to us?

The futuristic future of ANC technology

Some might argue whether we shouldn’t try to target our actions on the causes and make our working and living environments less noisy. But is that really going to happen? At least without some cataclysmic event that would severely hinder or completely prevent us from running machinery and electronics as well as reduce our population needing more and more consumables and transportation. Additionally, do these goals even have to eliminate each other?

As technological advancement is an ever-accelerating and unstoppable train that undoubtedly produces many beneficial inventions, it inevitably causes a lot of problems as well. One of them being the increasing amount of noise pollution.

One such field might be the IoT (The Internet of Things). While connecting us with our appliances, and the appliances with each other, will most likely free us more time and make our lives more effortless, it will probably also increase the buzz of different notifications, alarms and running of machinery around us.

Phasing out fossil fuels will no doubt have a huge impact on not only the amount of chemical but also noise pollution. No matter what your stance is on motive power, having less combustion engines on the roads and factories in favour of more eco-friendly solutions seems to at this point also mean more quiet roads and factories. But why not enjoy less stressfull workdays as well as more pleasant and soothing leisure time and sleep in the meantime?

Some might find the use of any artificial aid for stress reduction or better sleep uninviting and unnatural. However in the same time we eat artificial food, wear artificial clothes as well as work, communicate and  consume entertainment using artificial gadgets. We even play games in which we create imaginary versions of ourselves and complete chores we could do on our own backyard.

It’s possible that the key difference in mental images is whether the external device or application is incorporated with our bodies or not. But then again we already use virtual reality devices both for work and entertainment, hearing aids have been around for ages and there even exists prosthetics that can be attached to and operated with the patient’s own nervous system.

One of the key factors in the gradual change in perception will undoubtedly be this kind of biotechnology becoming overall more common. Smart glasses are already here and even though they haven’t exactly taken over the world, there have been predictions of major leaps still being around the corner for example in the form of smart contact lenses. Does our future include the sort of multipurpose headsets or even surgically planted technology that would highten our senses and provide augmented reality? Possibly this kind of application would also include earpieces that highten and single out certain sounds as well as fade out all noise on command.

What level will these kinds of advancements reach during the existence of humanity or even our lifetime is anyone’s guess. It’s also good to realize that this kind of vision of future is not for everyone. For some it might even represent dystopia. Luckily with QuietOn 3 it’s at least easier to dream about the kind of future you would like to experience and concentrate on making it a reality.

Have a Good Rest