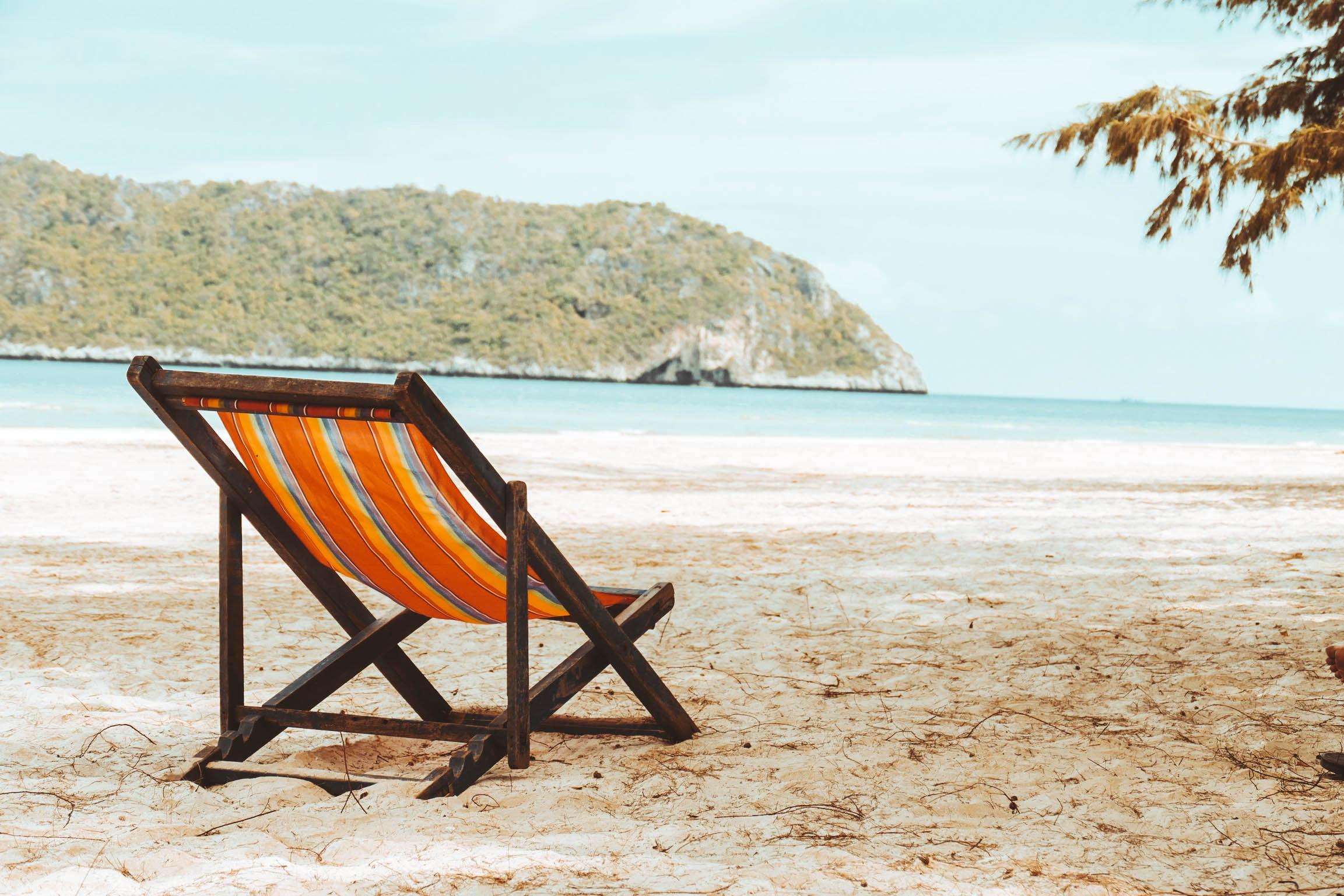 In this second entry to our three-part article series we’ll look at rest days as part of exercising and physical conditioning. There are many people who struggle to find it in them to wake up early for a jog or to head out to a gym after a hard day’s work. But on the other hand, for some the true challenge is in fact not to over exercise. With this article our main goal is to provide insight on the importance of clearing room for proper rest in between workout.

This time we’ll go through the following topics:

4. The challenge of allowing yourself to rest

7. Sleeping after a workout

The lack of sufficient recovery often walks hand in hand with falling under a false impression of what is necessary for improving one’s fitness. What might help many, is accepting the fact that physical exercise should not be an absolute value. Putting yourself through physical strain no matter what is not a beneficial baseline in the long run, if ever.

Instead exercise should form the top of the pyramid of our physical well-being in which rest and nourishment form the foundation. This way exercise is enabled through the right stuff instead of at the expense of it. Rest can with a pretty clear conscience be called the most important factor in our overall well-being. Fixing it if necessary, or keeping it up if everything is fine, should be in the core of everything we do. 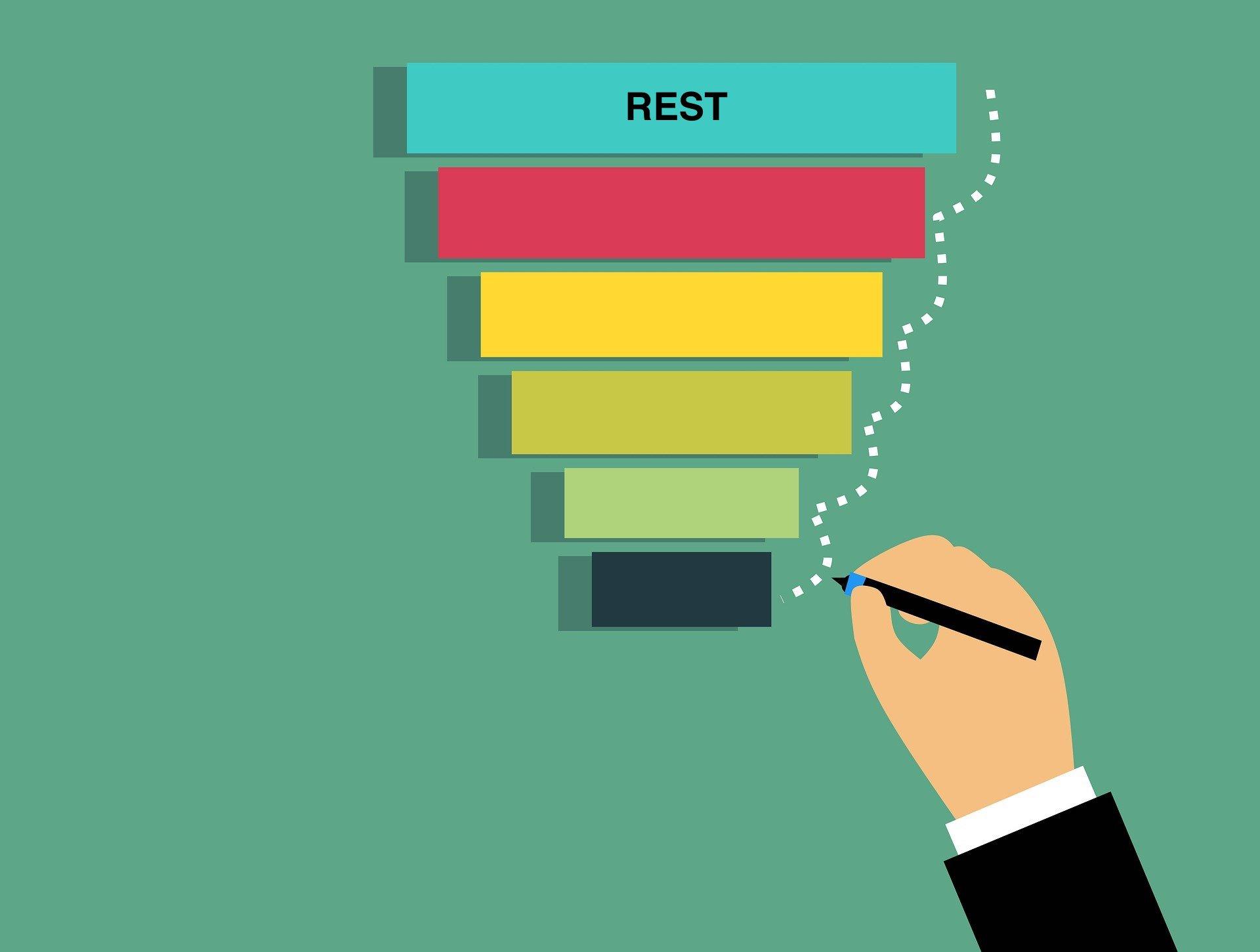 A better physical competence to be a realistic goal, well-timed, sufficient and good quality rest is necessary. The main reason for this is that most of our body’s restorative functions take place during rest and especially during a good night’s sleep.

Sleeping doesn’t only effect the development of capacities such as endurance or strength. Sufficient and good quality sleep also has a lot to do with stress management. As stress in turn has unbeneficial effects on hormonal functions, insufficient sleep might hinder the body’s ability to burn stored fat. This not only makes fat-burning exercises pretty much useless, but in the worst case also harmful. More on this later on.

When we think about adapting our fitness to new levels of strain, i.e conditioning, it’s useful to every once and while pause for the thought of what it actually means. What is exercising really? It’s easy to think that muscles grow by straining them and endurance develops by running. This is indirectly true, but in reality any kind of physical exercise, be it a jog or a weight training session, actually leaves your body in a worse condition than it was to begin with. This is where the importance of rest and actual rest days come into the picture.

Imagine your physical condition being a straight line. A workout puts your cardiovascular, muscular and nervous systems under stress and causes your condition to drop. When restorative measures (rest and nourishment) are sufficient, the line begins to curve back up. Eventually it forms a shape of an U and ends up climbing on a higher level than before the exercise. This phenomenon is called supercompensation. When executed correctly, the median of the condition curve is moderately inclining. 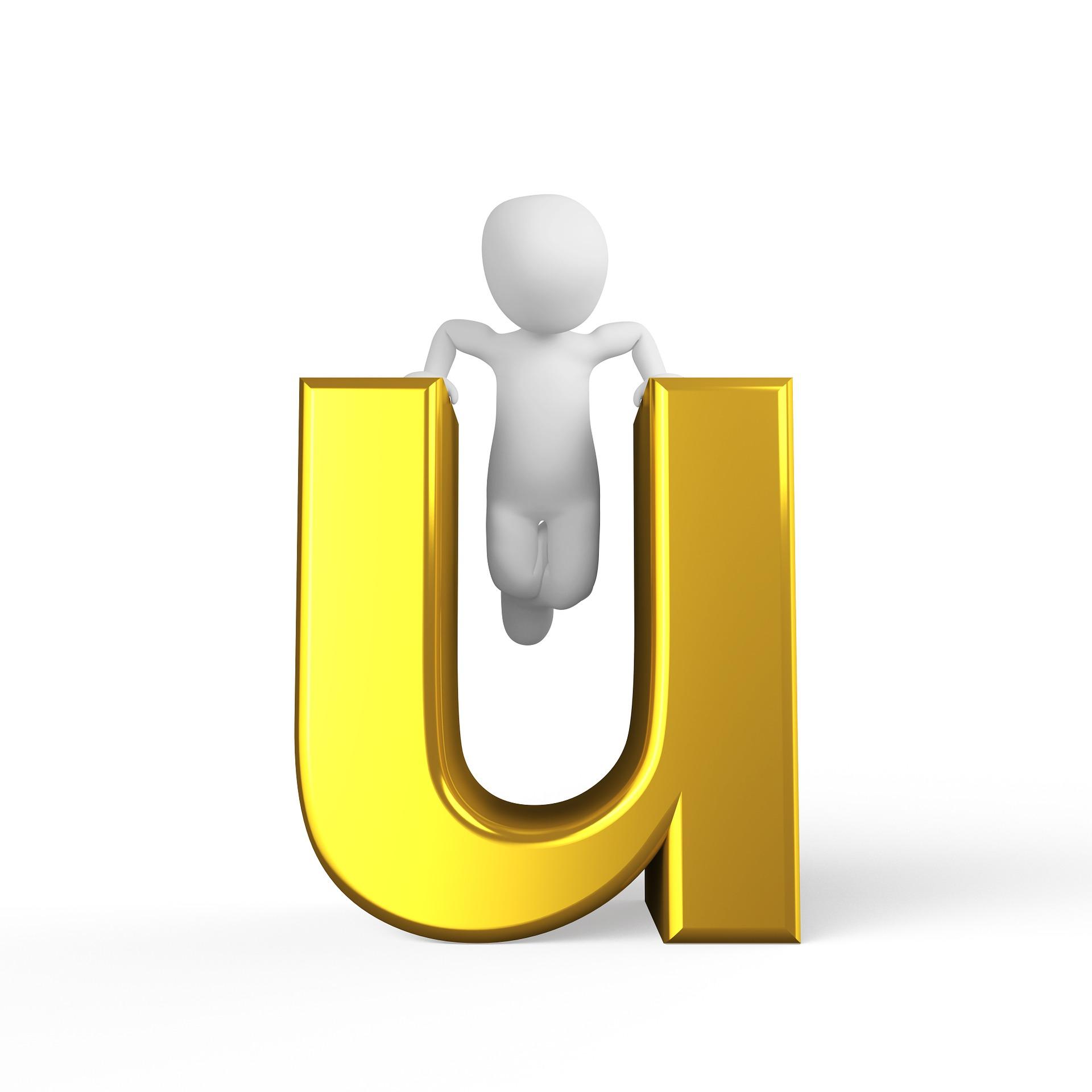 If rest days are overlooked and another exercise is done before recovering from the previous ordeal, it’s possible the effect turns upside down. In this situation another U starts forming before the previous base level has been achieved. If this is repeated systematically, the result at some point is a state called overtraining. In this state the body isn’t, for the time being, able to recover. If the situation is given the chance to become chronic, recovering from it might take anything from months to years. It’s also far easier to end up in the same state again than during the first time around. But what causes people to end up in a situation like this in the first place?

A group exercise class is only effective if afterwards you need to limp to your car with your top soaked in sweat and your windpipe on fire? If you don’t get the sense of battle victory, why bother at all? Unfortunately for many exercise enthusiasts these are pretty much rules of thumb.

Let us, just for the heck of it, use a metaphor. For any car it might be beneficial to every once in a while to put in a small gear and for a short while drive it around with high rpms – to blow out the soot so to speak. (Only after the engine has been run warm first, we might add.) But ripping the needle to the red and keeping it there all the time and every time you drive, makes the engine give out at some point. 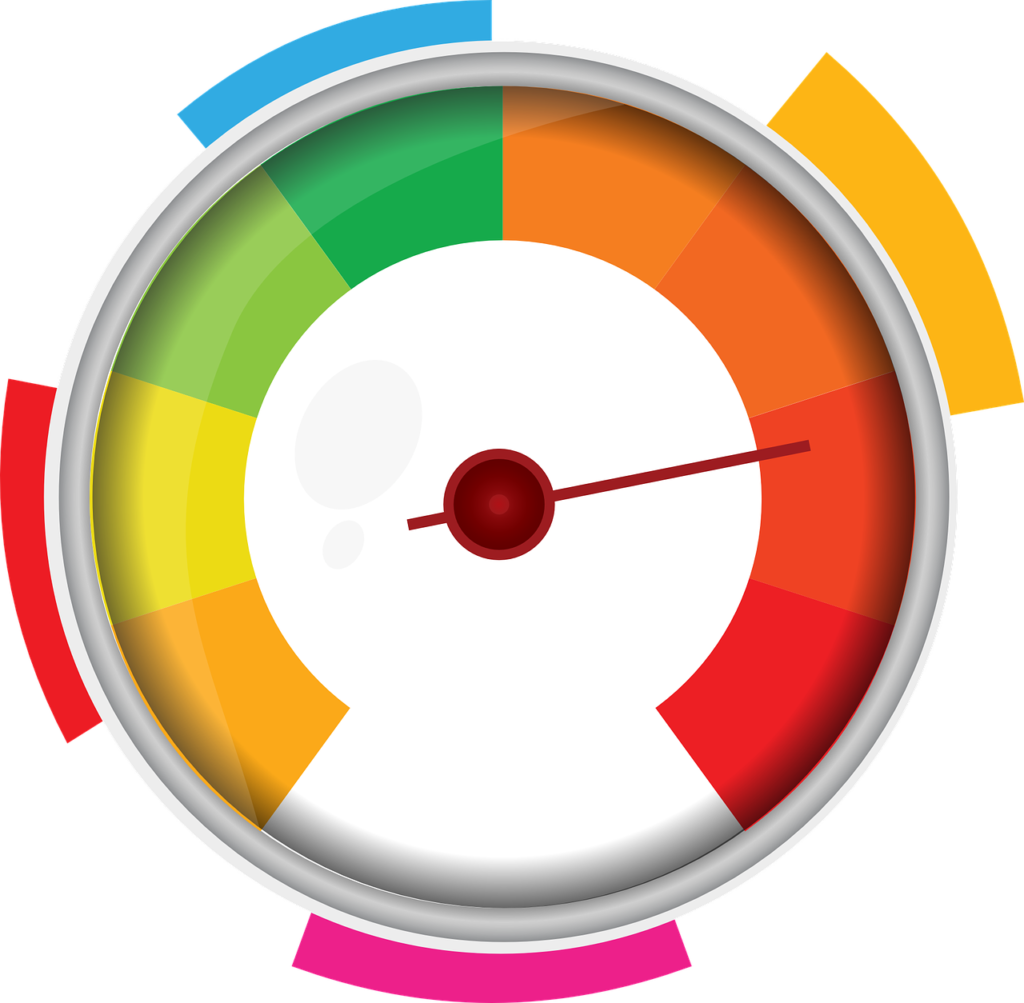 You might wonder what the intensity of a workout has to do with rest. First of all, ‘easing up the gas’ can signify rest to a body that has been put systematically on edge. This is also a great moment to point out that no amount of rest days make it sensible to plow through every exercise full throttle.  Taking oneself to the limit every time is also a quality making one prone to fill the week with just a little too much of physical strain. The same kind of thinking has also led into the common misconception of a personal trainer’s role as a booster, a nitrous oxide if you will, while more often than not the trainer in fact needs to be a handbrake on an uphill.

Further in this article we’ll take a more detailed look on the amount of strain that is generally necessary. You might be surprised.

The challenge of allowing yourself rest days

Now that we’ve proved ourselves fluent with automotive lingo, let’s take a look on this aforementioned nonchalance of our biomechanical beings.

As the winged words in the previous chapter convey, a typical problem is a sort of inability to perceive effectiveness in any other measures than putting all out in a physical exercise. The bad conscience of staying home often weighs more than an actual need of calming down.

Another factor is a sort of human built in narcotics system. You see, exercising makes our body release chemicals called endorphines that reduce the sense of pain and trigger a positive feeling. Some might even describe it as euphoric. As is the case with many other euphoria causing things, it’s not uncommon to get hooked. Exercising can of course be a completely healthy kind of addiction and natural hormonal response to exercise is rarely, if ever, the cause for someone to spiral out of control.

Sometimes, however, there are psychological causes in the background. A subconcious need to exceed oneself every time, an unhealthy body image (often associated with eating disorders) etc. If you suspect you’re probably over-exercising but just can’t stop, it’s important to seek help. Putting yourself systematically through more than you’re capable of recovering from has serious health risks as we mentioned before.

To be fair, the most common cause for overlooking sufficient rest might just be a simple lack of knowledge. No matter how much wellness and fitness subjects get column space these days, the recommended amount and strenuousness of exercising still isn’t common knowledge.

When planning your regime, it’s good to know that not all exercise needs to be, or even should be, developing. In fact it’s almost completely the other way around. For pretty much anyone, low efficiency training (heart rate up to 75 % of one’s own maximum) should take up to 75-80 % of one’s fitness regime. Usually this means only 1-2 straining exercises per week, depending on one’s background and goals.

Imagine a person with a basic fitness, an enthusiasm for high intensity exercise and a habit of stressing out and thus sleeping nights that are a little too short. As we’ve presented in an earlier article, though exercise can have a stress lowering effect, our system can’t separate the sources of stress. Based on all of this it’s pretty easy to realize, not that much is needed to tip the scale.

If you don’t have an active lifestyle or haven’t exercised regularly during recent times (or ever) you should start with the kind of frequency and strenuousness that feel just about too little. A good rule of thumb is to always leave oneself wanting for more (handbrake, remember?). For a beginner the suitable amount of rest days per week might easily be more than the amount of training days. Even an experienced exerciser should reserve at least one day per week for recovery. A rest day can include physical activity but the amount and intensity depend on individual background. More on this next.

The benefits of staying active throughout the day have gained more and more awareness during the last decade or so. While it’s a great development, for some it has the unfortunate side effect of creating the impression that everyone should be exercising and doing sports every chance they’ve got. To avoid taking too much pressure and/or going overboard it’s important to realize that an active life style and exercising actively are two intercepting circles.

According to studies the casual everyday physical activity is one of the most important things anyone can do for their health. This everyday activity might for example mean taking the stairs instead of an elevator, going to places on foot instead of by car and working on screens standing up. 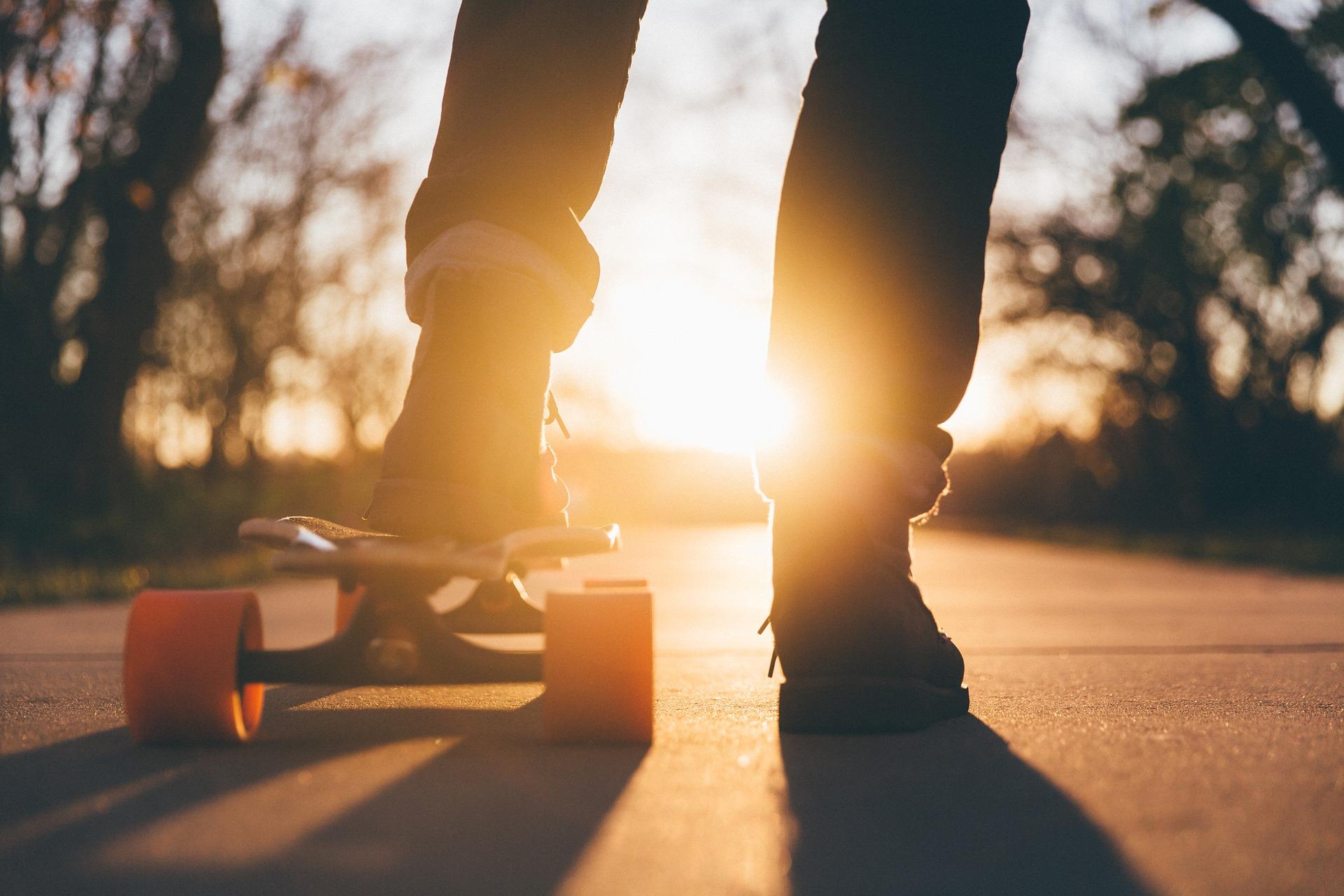 Instead of a competitor to different forms of exercise such as endurance, weight training, Crossfit etc., casual everyday activity is in fact the underlying base rock for any kind of physical development. Especially for exercise junkies it might be comforting to know that it is safe for pretty much anyone to engage in it even during rest days. More over a low efficiency exercise such as taking a walk can even have a restorative effect when the body is recovering from a more strenuous ordeal. This is called active recovery.

Sleeping immediately after workout, especially if it’s done during the day, can be a slippery slope. For many people daytime sleeping causes problems with the ability to fall asleep, as well as with the quality of sleep, at night. More on this in our previous article. On the other hand, if you find it easy to fall asleep at night even if you’ve enjoyed a nap during the day, there’s probably no problem with napping after a daytime workout either. In fact it does have its benefits.

For example protein synthesis (the repairing and growth of muscle tissue) starts already during a gym exercise, but mostly takes place during sleep. Naturally most of it occurs during the night since the sleeping time is longer, but also during shorter periods such as daydreaming.

In the same time for some people being able to utilize the full gain of the night time repair and recovery processes is the sole reason to schedule their workout in the evening time. For an inexperienced trainer this is yet another matter of caution. Since exercising increases the levels of stress hormone cortisol, which can have a sleep disrupting effect, it might be smart to approach the matter by experimenting.

Rest is the most important foundation of human well-being. It is even more important than nutrition or the actual exercising. At the same time, it’s also the most overlooked aspect in the exercising regime – especially with non-professional athletes.

Without sufficient rest days, our body develops a state called overtraining. This is a horrific condition that may make training impossible for months if not years.

At QuietOn, we consider ourselves as heralds of good night sleep & resting. Therefore, we are doing everything within our power to provide people with better information and modern technological solutions to improve how we rest.