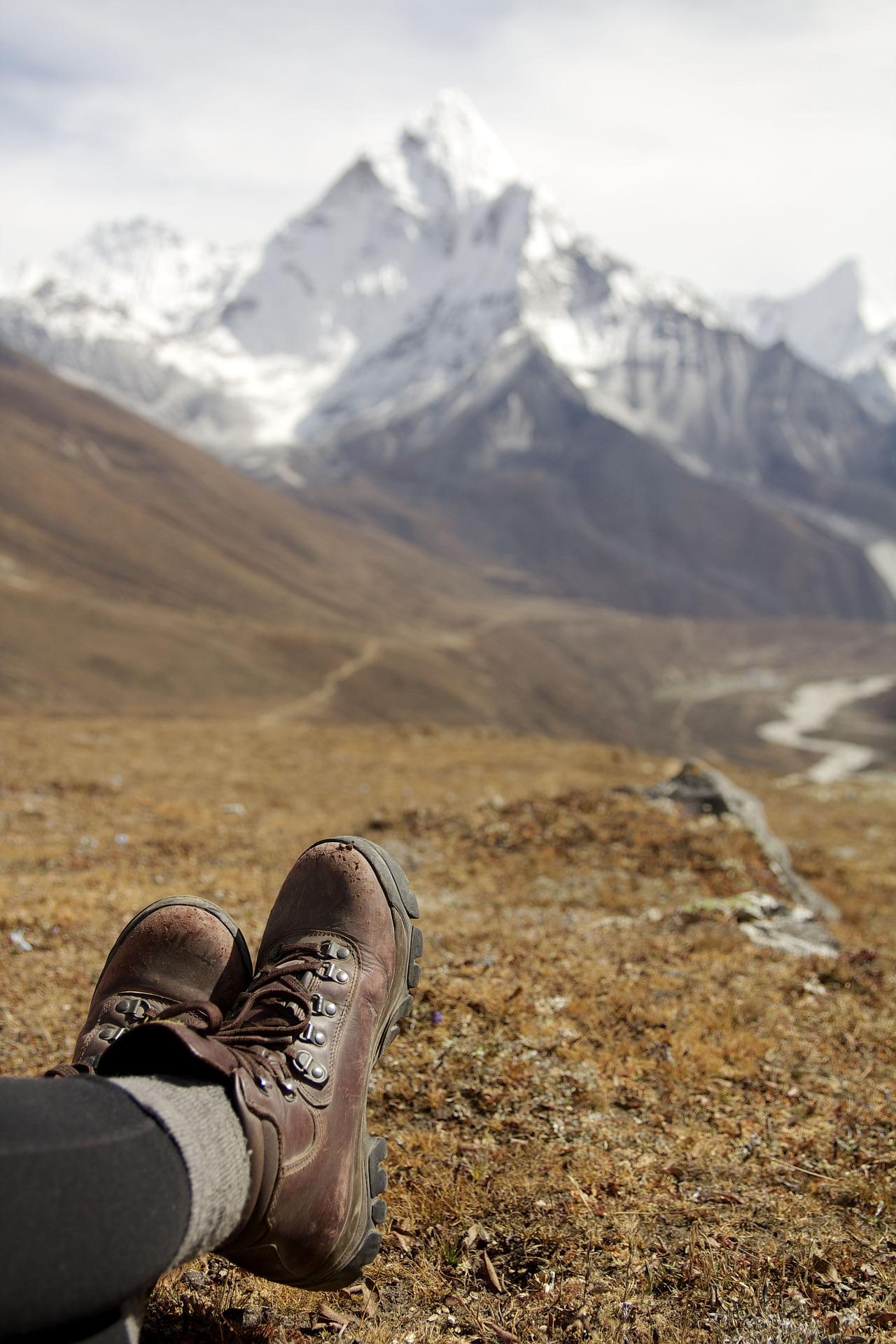 Taking a rest is our new 3-part article series. It focuses on the importance of taking it easy, in other words: resting. First part views the concept of resting in general terms. Second part focuses on sports and discovers the relationship between rest and exercising as well as the importance of rest days. Third part is a guide on: how to rest well. In this article we’ll go through the following subjects:

1. Rest is not a bargaining chip
2. What is rest?
3. Taking a rest for the body
4. Let your mind rest as well
5. Take heed from fellow animals
6. Taking a rest is more than just sleeping

Rest is not a bargaining chip 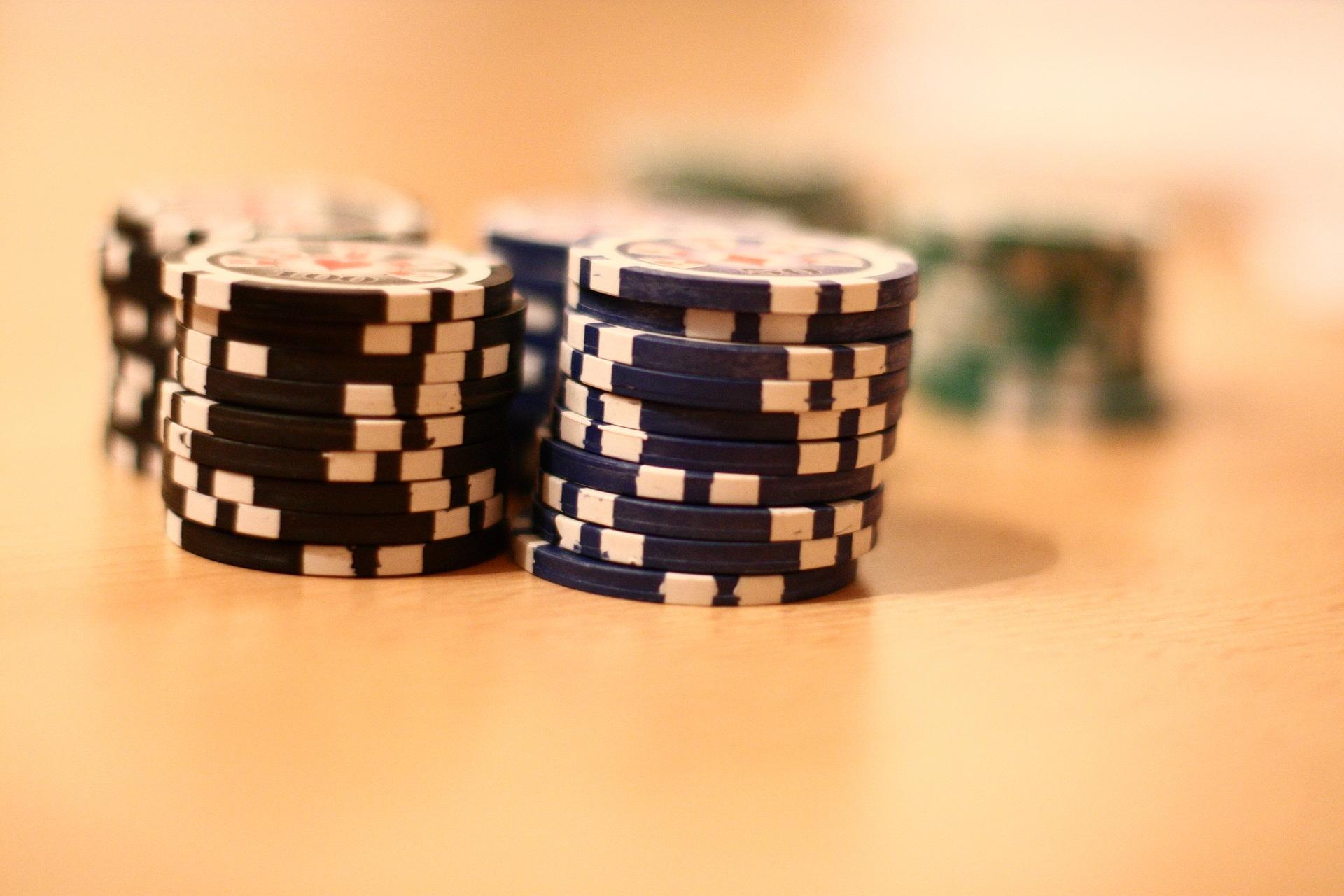 The Cambridge Dictionary defines rest as: ‘to (cause someone or something to) stop doing a particular activity or stop being active for a period of time in order to relax and get back your strength’. All too often the people of today lean on the first part of this definition and forget the last. That is to say, rest is easily perceived as nothing more than not doing something. There isn’t necessarily anything wrong with that since often in this hectic life it’s exactly what we need. Unfortunately, this kind of thinking often includes the notion of rest also being something that time can be pinched from to continue that same something we were doing. As if the duration of rest is up to us.

Well, to be fair, for some extent it is. When you think about it, not that many other animals deliberately delay taking a rest or going to sleep. Even if we are the smartest creatures in the world it seems we could at the same time be the most stupid. Our large brain capacity has enabled us to overcome practically all obstacles in becoming the dominant species. But also it has driven us to override our natural built-in needs and instincts.

While this is a good attribute to have in order to avoid many kinds of embarrassing incidents that could result in legal battles, the ability also comes with a downside concerning rest. Be it the new episode of your favourite show or a backlog that absolutely positively needs to be done by the next morning, putting off shuteye is way too easy for us compared to how many excuses we have for it in today’s society. We have in fact become able to procrastinate ourselves to death.

But what is resting really if not doing nothing? Rest assured (ahwink), we’ll go right ahead and explain.

It’s easy to think that we function during the day and pretty much don’t during the night (or if one’s a nightshifter, the other way around). Of course, our blood circulation and respiratory systems keep on pumping even while we sleep but otherwise our body is doing a whole lot of nothing, right? Dreams too are just something our brain creates for us to stay entertained through many hours of laying around? Not that simple.

In fact, both our body and mind are busy as bees under sleep no matter if we switch sides even once. You might appreciate rest simply because you know how you feel afterwards: more energetic both mentally and physically, able to concentrate better and maybe you’re even in a little better mood. 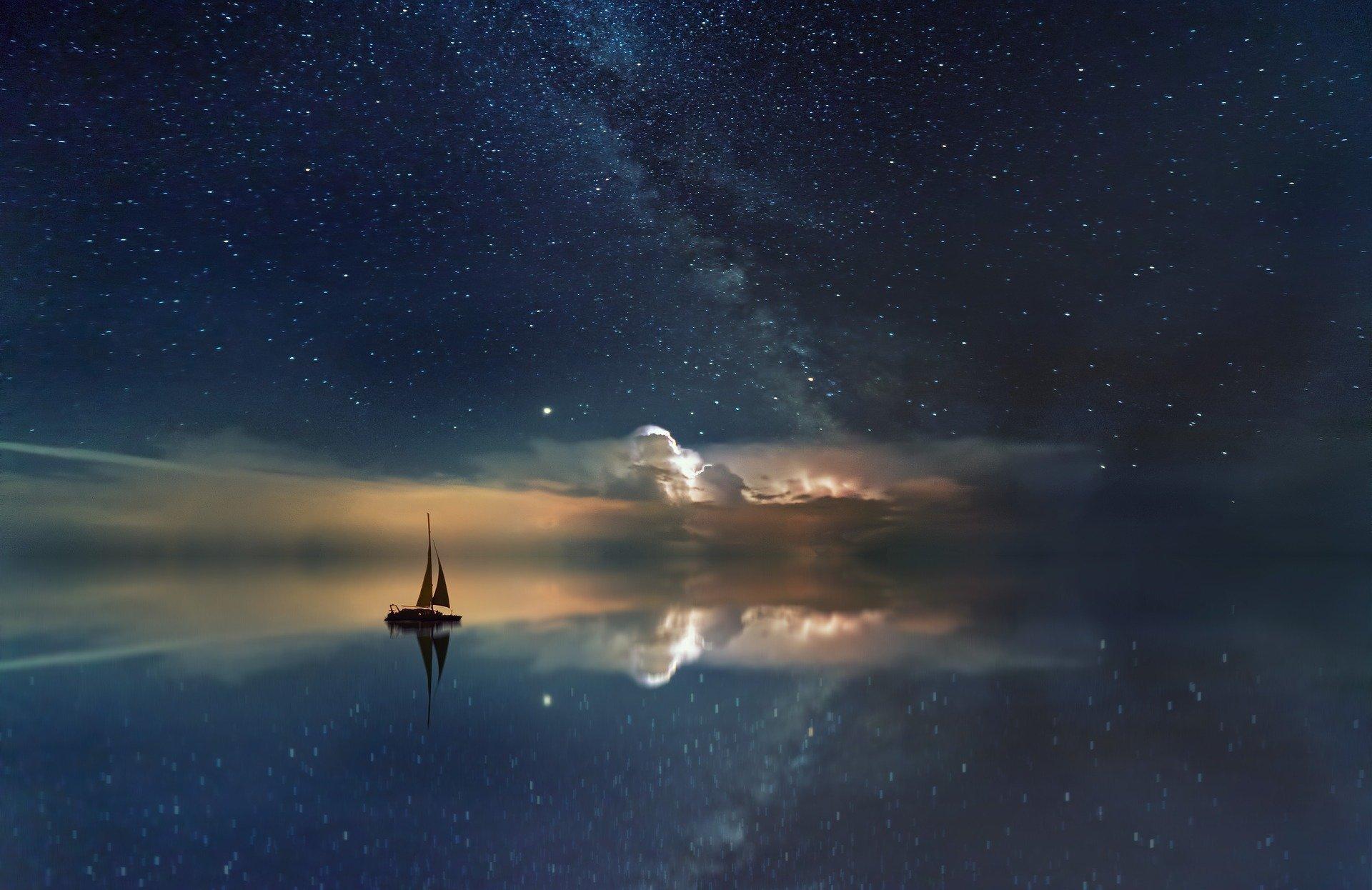 However, all of this still sounds a lot like resting is something that’s optional rather than obligatory. The aforementioned is just the facade of things. In reality there are countless processes that need to take place in the background during our rest. Often, they go unnoticed until the lack of them begins to manifest itself through different symptoms.

What’s important to realize is that cutting down your time sleeping or taking a rest is always something away from your overall health. It means that something important was left undone. Knowing this might also be a great help to those who feel like sleeping is a waste of time. In fact, rest and especially sleep are the most important things considering your overall well-being.

Taking a rest for the body

Many active people, especially gym goers, know that rest is also the most important thing considering workout progression. This of course has to do with filling up batteries, so to speak, to be able to push through yet another strenuous workout, but also with the processes our muscle tissue and nervous system goes through during rest and especially a good night’s sleep. More on this in the next article of the series.

Sleeping also allows the cardiovascular system (blood vessels and heart) to heal and repair itself. In addition, rest is needed for our immune system to stay operational. In fact, sleep and immunology correlate in two ways. First of all, sleeping provides peace for our immune system to operate on different inflammations and injuries we might have experienced. In the same time rest is needed for the same immune system to stay strong for our waking hours. A lot of the reparing, healing and growing processes our body experiences during rest has to do with the fact that our cells are actually regenerating. 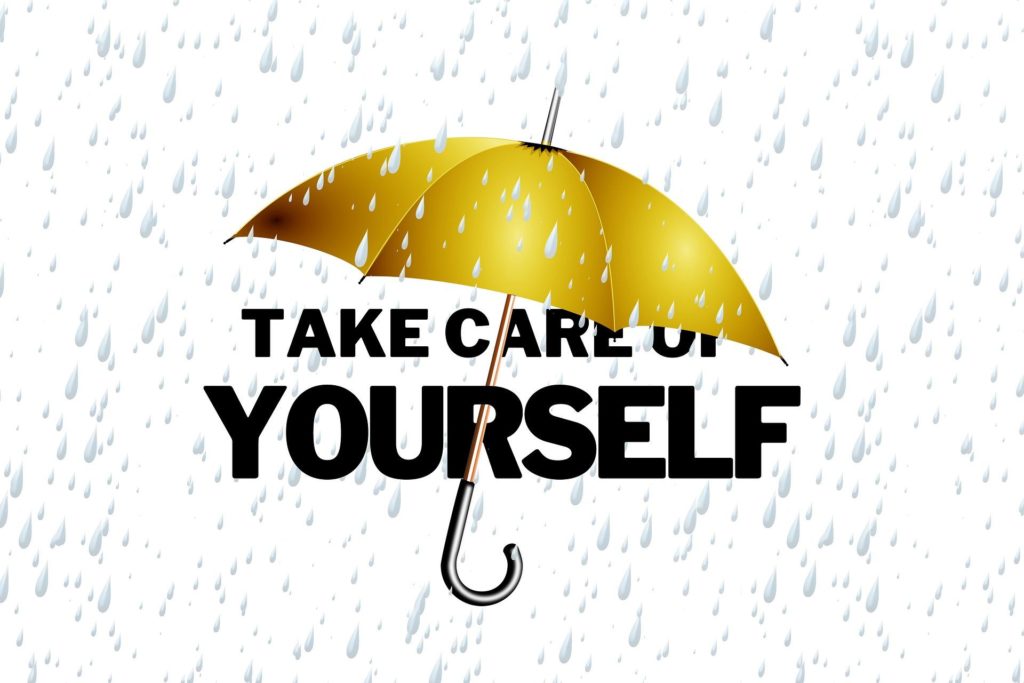 One of the most important health benefits of resting is of course its stress reducing effect. Sleeping naturally lowers stress hormone levels. The correlation between stress and sleep was discovered in detail in one of our earlier articles.

Some of the more curious and not so well known bodily functions are for example an anti-diuretic hormone that controls our need to urinate during the night, our body’s core temperature lowering as we begin to fall asleep and our muscles getting paralyzed while sleeping so that we don’t end up reacting to and acting out our dreams.

Let your mind rest as well

It might come as a big surprise that on the contrary to a common misconception our brain stays highly active during sleep. This not only has to do with its role in controlling body functions by sending out different signals throughout our body, but more over processing and sorting all the experiences and information we come across during the day. This is how for example our long-term memories are created.

No wonder not getting enough rest is prone to make you feel like a computer with all its files, photos and programs in disarray.

One of the most important roles of sleep is to provide the brain a chance to also clean itself. And no, we’re not talking about the ‘filing duty’ anymore, but a more concrete physical cleaning. You see, during the day the brain gathers toxic waste that is cleansed during restorative sleep. Skimming on sleep has for this reason been in some occasions alleged to have a connection to memory diseases and even Alzheimer’s.

Rest and sleep also have a connection to moods and mental health.

As we mentioned before, our colleagues in the mammal class don’t see the point in putting off putting their heads on the pillow. Or on a bunch of leaves. Or hay. Whatever. The point is, why should we? Having superior intelligence doesn’t erase the need to recuperate – on the contrary.

If you look at animal behavior, you might also notice that when they are awake they don’t usually seem especially tired. With the exception of maybe the sloth. Well, cows and other ruminant species don’t exactly put-up conga lines on the fields either but go about their business without dozing off in the middle of a ‘moo’. What can be deduced is that because animals sleep when they’re sleepy, they also have their full potential on hand when they’re awake. Catch our drift? 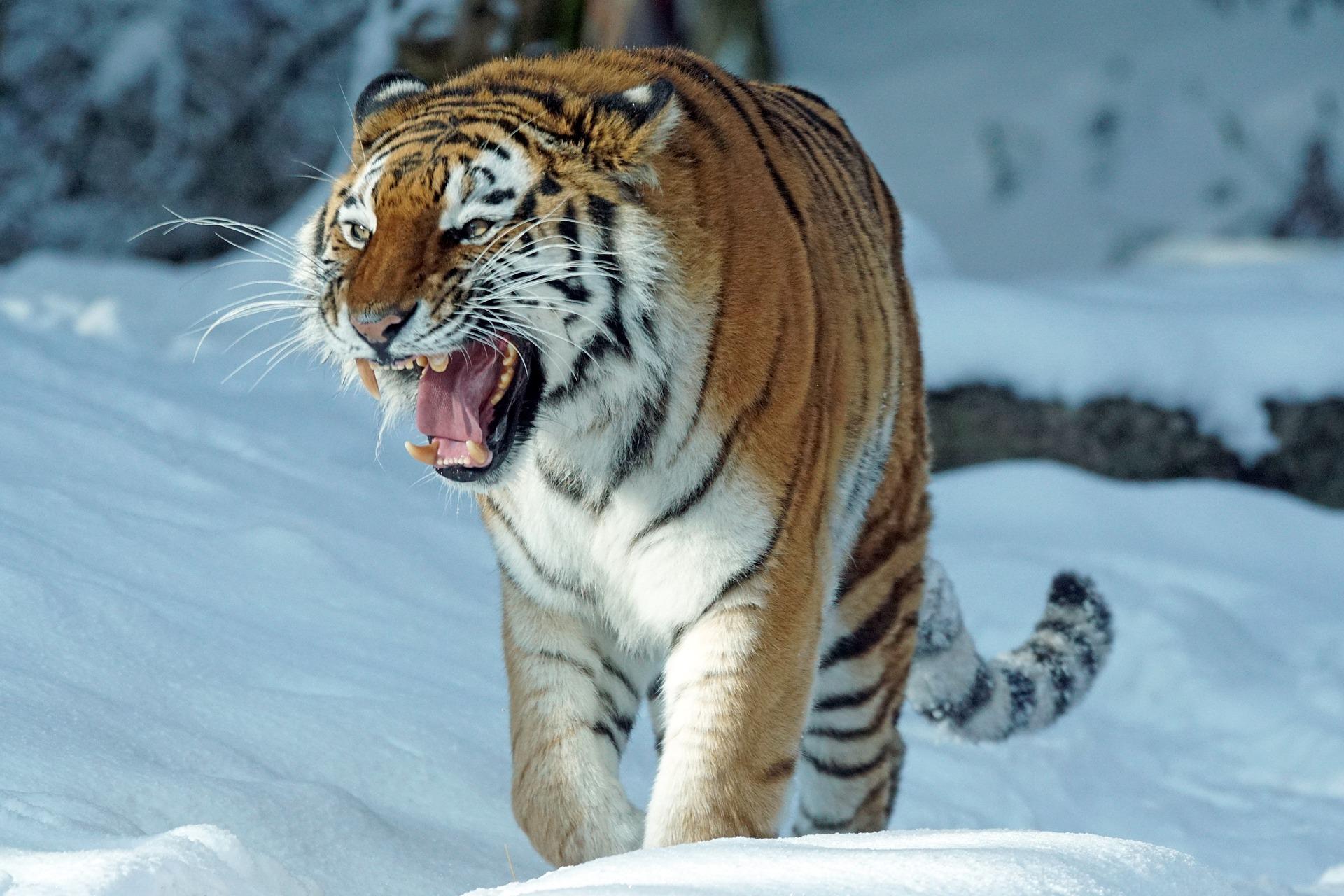 For this reason it’s smart for us humans to listen to our body and mind as well. Our circadian rhythm usually makes us drowsy pretty much during the same hour every night. As regular bedtime is the most important thing (even more than the duration of sleep) taking a rest when you feel like it provides an awesome chance to hit two birds with one stone (figure of speech, please do not throw stones at innocent birds).

Taking a rest is more than just sleeping

Many people perceive resting as a synonym for sleeping, most commonly during the night but also for example after an intense day at work. However, rest doesn’t have to be limited to sleeping for lengthy periods of time.

Classic examples of this are different kinds of dozing and napping. One of them having become almost a phenomenon: power napping. The point of it is keeping the nap time short enough to avoid falling into deep sleep but long enough to actually benefit from it. For most people 15 to 20 minutes is a suitable duration. More tips on power napping here. 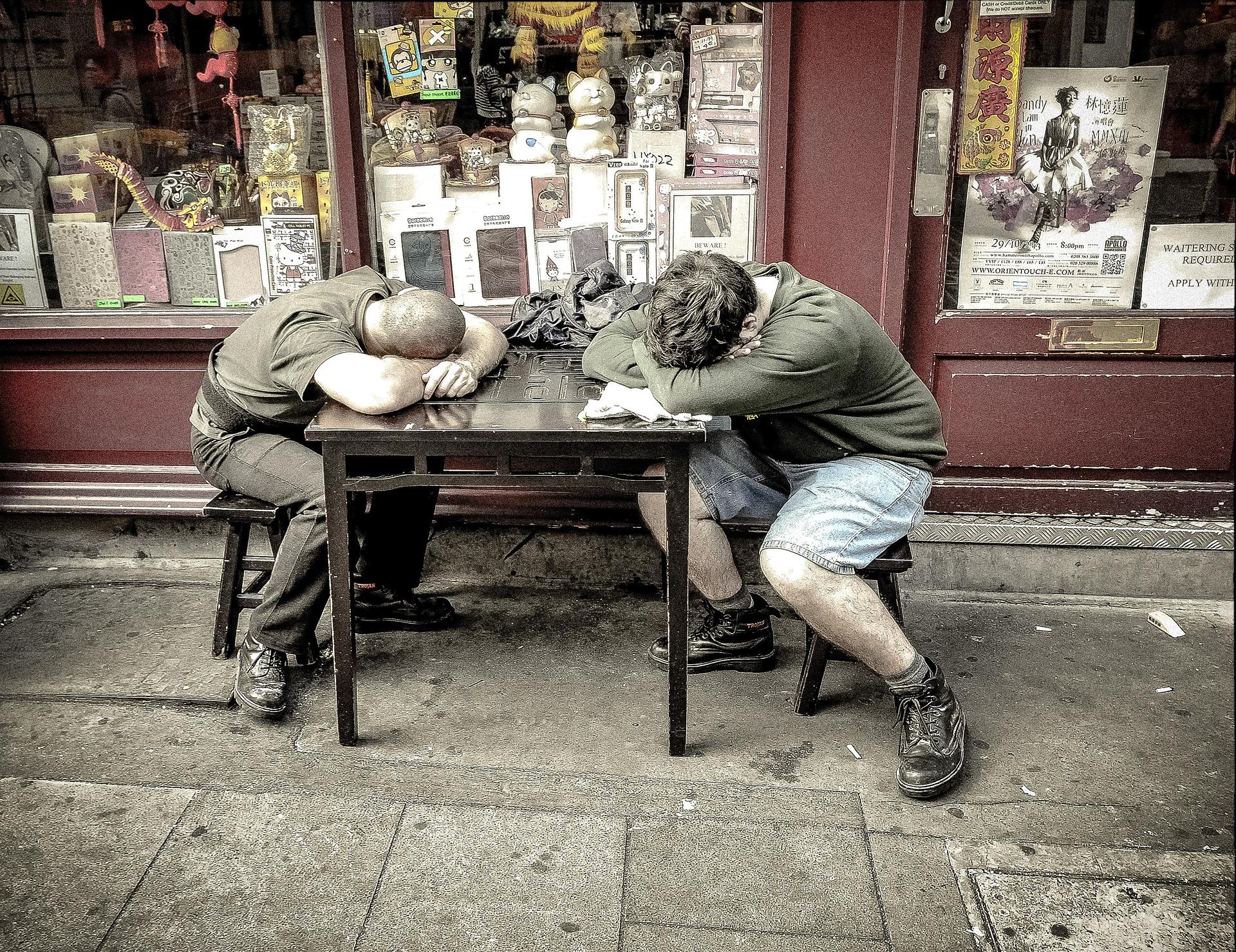 Even if meditation and breathing exercises are not the most active pastimes, they’re still active enough to be often overlooked as ways of resting. In the same way any kind of entertainment or for example a relaxing bath can be considered a manner of resting. Not to mention bathing in a sauna.

Stress related problems becoming more common and the subject of sleep and its quality raised more and more to the public discussion the emphasis has been put on good night’s sleep. It’s true that no number of naps (even power sort) are match to a solid 9-hour Z-train it’s not a bad move to use every available moment for rest and relaxation. Not forgetting other areas of well-being, such as exercising.

Making the effort of getting enough or at least more rest is not a feat that has been made especially easy these days. So remember to cut yourself some slack! Compiling one’s rest from shorter periods is the only possible way for some and its way better than not being able to rest at all. The important thing is not to create yet another stressor for oneself. Especially out of the one thing that should be the main weapon against stress.

Have a good rest