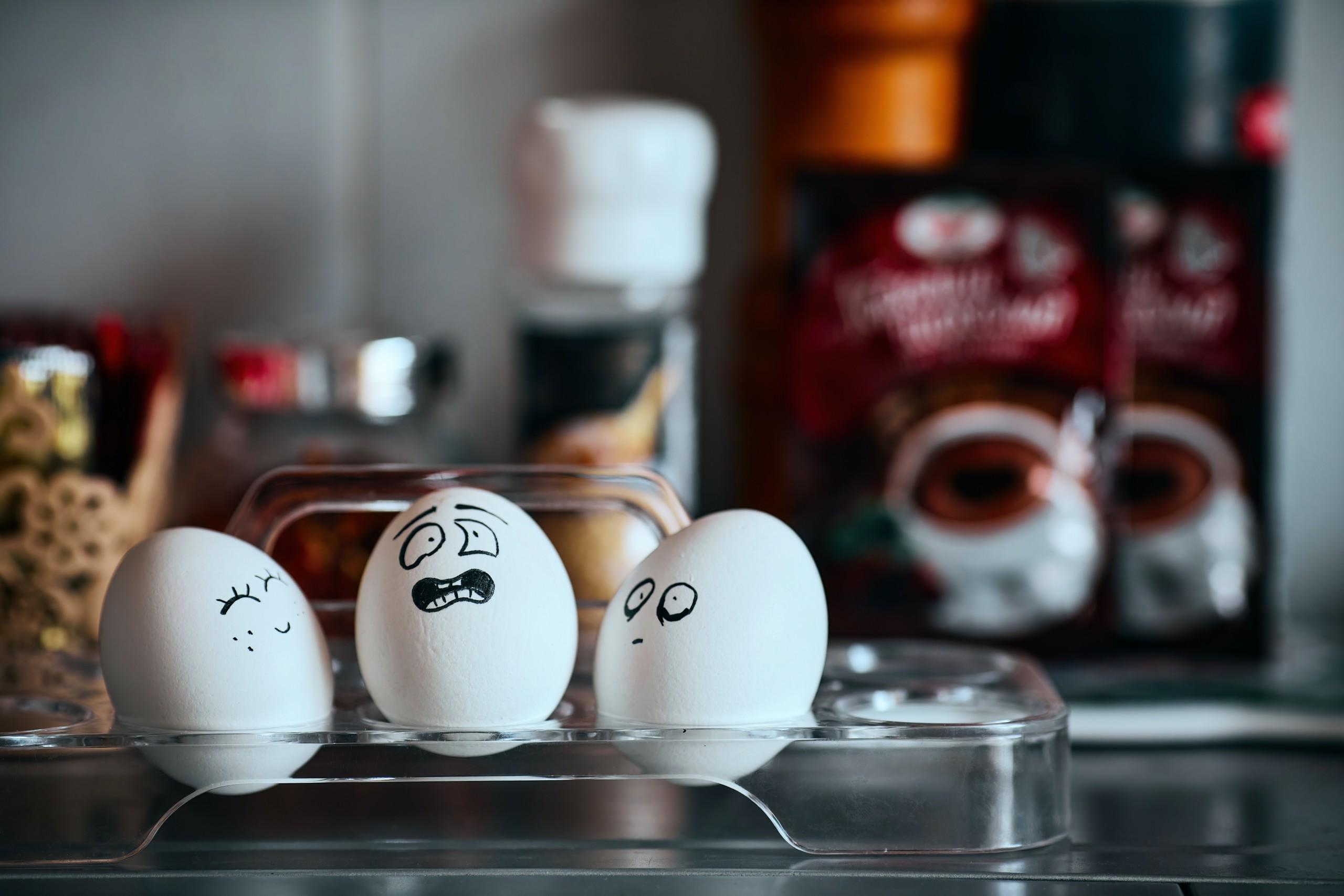 If you typically sleep according to recommendations and consider your sleep to be of decent quality, psychological effects probably aren’t the first thing in your mind after one poorly slept night. It’s more probable that you simply notice the feeling of grogginess and then plow through your day, maybe considering taking a nap at some point or at least going to bed a bit earlier that night. Even after sleeping poorly for a period of time, it’s typical to concentrate more on the overall feeling of exhaustion and inability to reach one’s normal physical performance.

Truth being told, psychological effects take place already after one poorly slept night. These can include for example irritability, trouble concentrating and problems with working memory.
To be fair, it’s more common to scrutinize these effects only after they have become an acute problem. Unfortunately, there is no shortage of that these days. Read along to find out what we mean, to learn useful information, and to possibly find a remedy to ongoing problems. 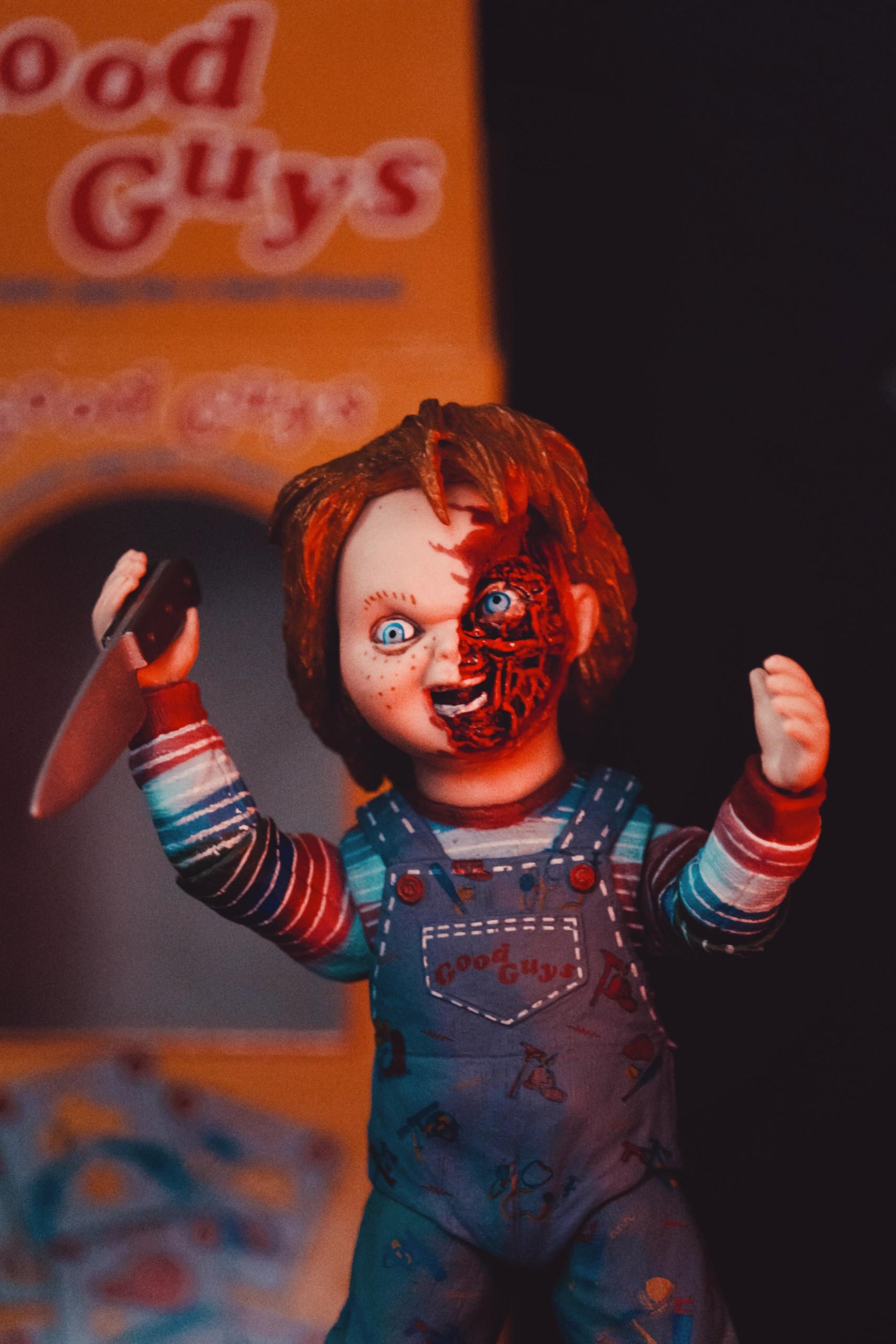 According to a study of 22,330 adults from 13 countries published in November 2021, one in three participants had symptoms of clinical insomnia and nearly 20 percent filled the criteria for insomnia disorder. This means an increase of over 100 percent since before the covid outbreak.

What is even more alarming, yet interesting concerning our article, is that sleep disturbances were linked to higher levels of psychological distress. The study also showed considerably higher anxiety and depression rates compared to pre-pandemic levels. In all likelihood Russia’s war on Ukraine has had similar effects with a certain difference. The closer to the conflict area we get geographically, the more common and acute the effects probably are.

In all fairness the covid outbreak, the war, and all the different ensuing adversities have most likely caused psychological effects in themselves and not only through sleeping problems, although they are heavily linked. While our subject this time is not the effects of the world situation on sleep per se, it is definitely worth mentioning. However, not in the sense you might at first assume. You see, even though the upheavals of late have a huge impact it’s not like after them the world would be in the clear of sleep deprivation. It was a pandemic even before that other pandemic. In this sense a 100 percent increase to an already dire situation is staggering.

Sleep deprivation affects us all

Even though it’s not fair to your body or mind to suggest that they should get used to insufficient sleep, to a degree it’s possible. For example a person suffering from a delayed sleep phase syndrome (DSPS) wakes up with a foggy head every morning but somehow shrugs it off enough to be able to procrastinate going to bed again the next evening. A person who has good sleeping habits, or moreover is sensitive to changes, might feel the effects of poor sleep more heavily. Then again, this kind of person is prone to correct their rhythm more vigorously to begin with.

Whether you suffer from DSPS or restrict your sleep time deliberately (for example in favor of working) it is extremely likely you suffer from the effects of sleep deprivation no matter if you recognize them or not. Even though the scientific proof on the importance of sufficient sleep is stacking up, and it’s becoming more and more common knowledge, in some circles it is still fashionable to state being able to manage with short sleep and power naps (often just one or the other).

What this boils down to is what exactly is meant by ‘managing’. As the amount of people who do not get any adverse health effects from sleeping systematically less than 7 hours is approximately 0 to 1 percent of the world’s population. In some studies the amount actually rounds off to zero. Getting by with deprived sleep is pretty much the same as making do with insufficient caloric intake. You survive until you don’t. Just like nutritional deficiencies, sleep deprivation can lead to death. With this in mind, do you feel lucky enough to risk it all and keep dancing with Mr. D?

Read more on what we wrote earlier about short sleeping as well as the overall effects of sleep debt.

Why does sleep deprivation cause psychological effects?

Sleep is such a crucial factor for our overall health and well-being that an easy answer would be: why wouldn’t it?

The relation between sleep and mental health is something that still needs to be researched more but this has to do with the quality of the correlation, not whether it exists. There is actually robust evidence on sleep being critical to not only our physical health but also our mental health. 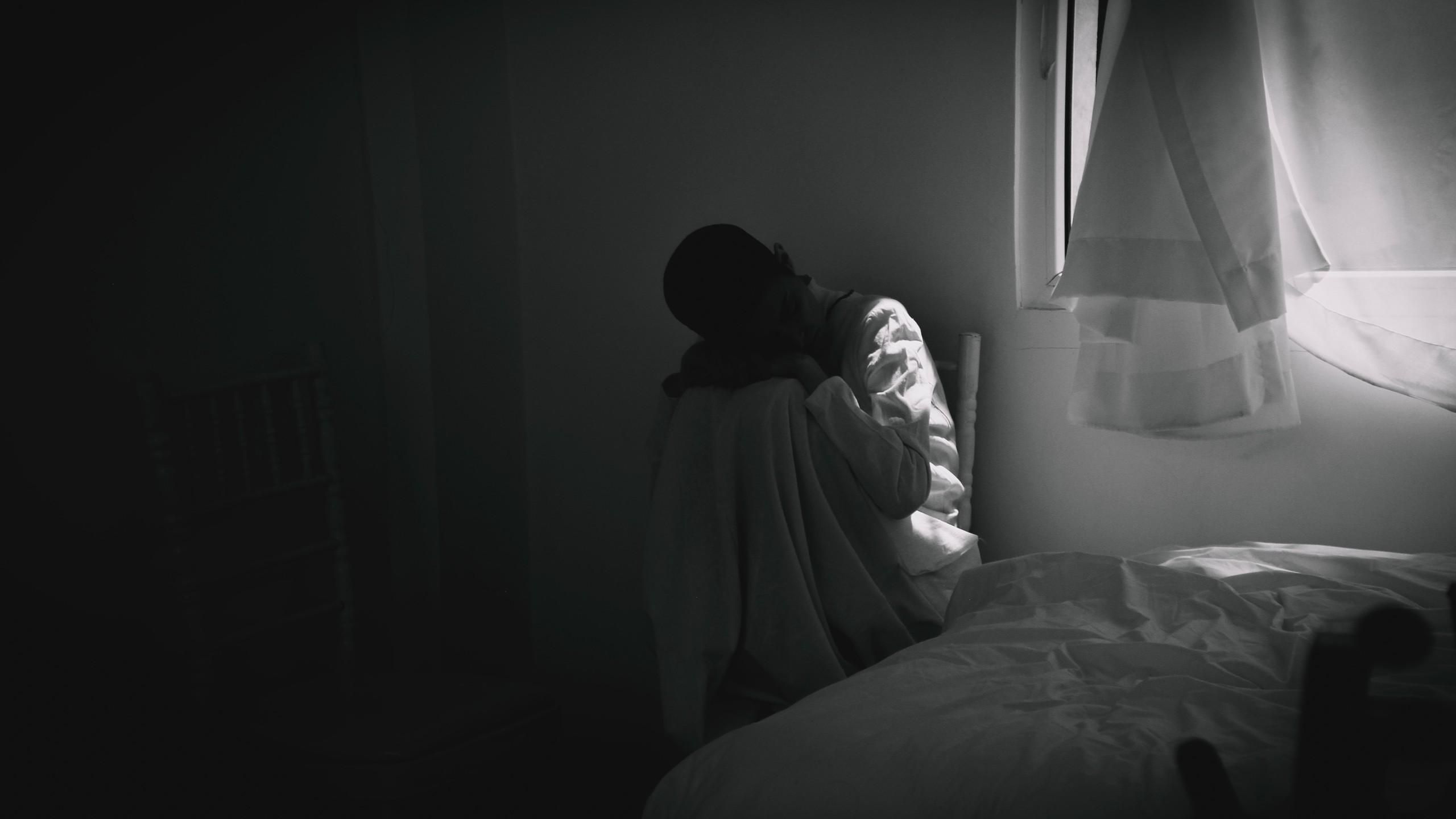 Sleep is important to a wide variety of psychological functions engaged in processing daily events as well as regulating emotions and behaviors. Sleep helps maintain cognitive skills, such as attention, learning, and memory. Poor sleep hinders the coping mechanisms for even relatively minor stressors and can even impact our ability to perceive the world accurately.

Look at it this way: we humans need water, and for a good reason. Approximately 60 % of our body mass is water. It’s the base of our cellular activity and enables our bodily functions to take place in a balanced aqueous liquid. This way it is crucially important for us to be able to heal, maintain our systems, and to regenerate.

Similarly, we should sleep roughly 30 % of our lives. In many ways sleep’s role is similar to water’s but at the same time its most essential purpose is to give room to other processes. It enables our systems to become cool, calm, and collected – literally.

Lacking percentage in something we need for our restorative and regenerative processes either hinders or prevents them from taking place altogether. Without sufficient sleep, the brain doesn’t have time to recuperate. Neurons become overworked and less capable of functioning properly. Sounds like pretty decent soil for mental problems, doesn’t it? More on that next.

What are the psychological effects of sleep deprivation?

Restricting sleep below one’s optimal sleeping time can cause a range of neurobehavioral deficits, including impaired memory, slowed and jammed cognitive performance as well as depressed mood.

One of the most typical and noticeable effects of sleep deprivation is the difficulty of concentrating. If you’re exhausted enough, simply trying to stay alert (or awake) can, in itself, take your mind off things. However, research also indicates that lack of sleep does cause harm to the brain which in turn hinders the ability to think and concentrate properly.

As we went through in an earlier article, sleep (and its different phases) have a tremendous importance on our memory. Poor sleep throws off the normal memory consolidation process that needs both NREM and REM sleep. Additionally studies have found that sleep deprived people might even form false memories.

Lack of sleep challenges the ability to understand and carry out instructions, to control motoric functions and even to produce speech. Studies have also concluded that lack of sleep hinders the so-called cognitive flexibility, i.e., reduces the ability to adapt to uncertain or changing situations. This has to do with the kind of rigid thinking caused by sleep deprivation that hinders the capacity to learn and improve on-the-fly.

Sleep deprivation studies show that otherwise healthy people can experience increased anxiety and distress levels following poor sleep. The longer and more systematically the sleep is deprived the more severe the effects can get, even resulting in full-blown depression.

One of the more drastic effects of sleep deprivation are the long-term cognitive impairments such as Alzheimer’s dementia. There have been numerous studies indicating that people with sleeping problems have an elevated risk of getting Alzheimer’s.

Sleep deprivation – cause or symptom of psychological effects? 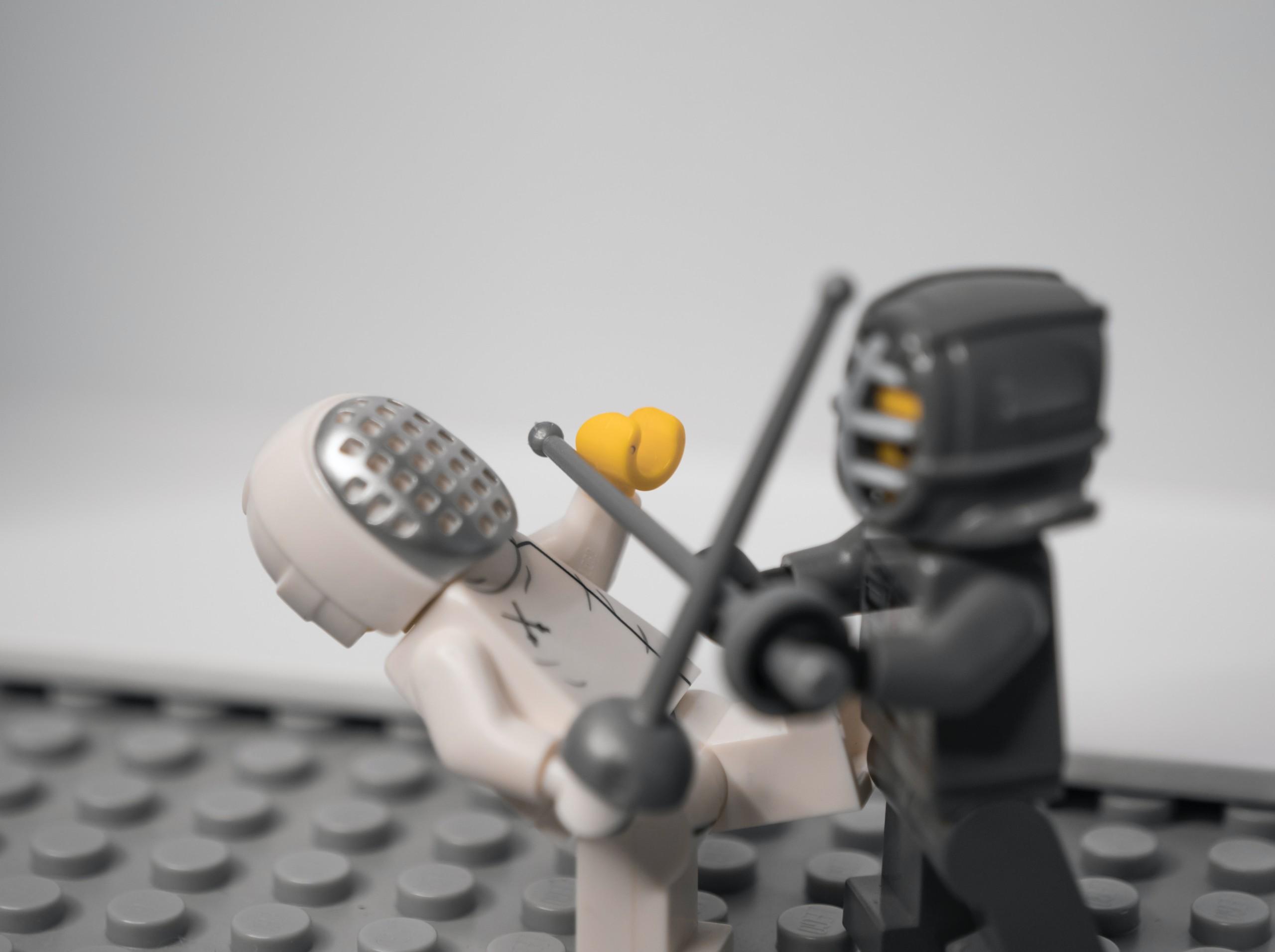 Sleep deprivation’s role in relation to mental problems is somewhat a double-edged sword. As was determined earlier, sleep deprivation is prone to cause a variety of psychological problems. On the other hand, insomnia can be a symptom of psychiatric disorders, such as anxiety and depression.

However, that’s not all as the correlation consists of more than these two opposite approaches. It is now recognized that in addition to the onset of different mental health problems, sleep deprivation can contribute to the worsening of pre-existing conditions to the point that can lead to even suicidal thinking.

How to avoid psychological effects of sleep deprivation?

Okay, we admit the title is quite a conundrum if you are unable to sleep recommended hours or choose not to do so. At least it’s not possible to avoid mere symptoms unless you belong to the aforementioned exclusive club of 1-percenters.

No matter how stupid this might sound, we’re just going to say it: the best medicine to psychological effects of sleep deprivation is to sleep. If you are able to do it and don’t, that’s on you. If you’re recognizing symptoms of sleep deprivation but suffer from them unbeknownst to why that is, it might be time to take a closer look into what you could possibly do to improve your sleep hygiene. Check out our hints for identifying the roots of your sleeping problems and this way of the ensuing psychological effects.

After that the smartest thing to do is trying to tackle the factors that hinder your sleep. If you are unable to identify them, one way is an exclusion method. Try to fix your sleeping conditions one at a time. As this is sure to improve your all in all sleep quality anyway there’s a good chance the same effort also alleviates the possible mental problems.

Luckily there are a myriad of ways to improve sleep quality and quantity.
In today’s world, and especially in urban environments, it is not uncommon to face sleep disturbances without them being of one’s own doing. Such are for example many neighborhood noises and especially night noises. A smart aid for low-frequency noise pollution are active noise cancelling earbuds. Read more about how better sleep quality can be achieved through QuietOn’s solutions.

We of course understand that sometimes sleep deprivation is not a result of voluntary or deliberate actions, and especially in these cases it is a heavy burden. If you have gone through the common or even the more uncommon methods by trial and error, we warmly recommend seeking professional help. Just know that there exists a solution you might not have thought about yet. QuietOn is happy to help.

Why Can’t I Sleep? – Usual Reasons for Sleep Problems
Noise Cancelling Earbuds – What do You Need to Concider Before Purchasing?

Sleep Debt – The Long-Term Side Effects